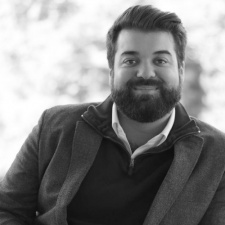 As the mobile games space grows ever more competitive, game makers are increasingly looking for new ways to grow their revenue streams.

However, players are used to the same monetisation options, and in some cases growing increasingly frustrated with the options available.

In this guest post, Kindred For Business Chief Operating Officer discusses how game makers can take advantage of branded mobile extensions to increase revenue by thinking outside the app.

Let’s be honest, diverse revenue streams have never been a strong point for the mobile gaming industry.

Today, there are only really two recognised models of mobile game monetization: premium/freemium (making users pay to download the app or purchase bonuses in-game), and ad monetisation (ads that all users see, or optional ads viewed in exchange for bonuses).

And that’s pretty much it. The Apple app store recently celebrated its fourteenth birthday, yet these two options continue to represent the economic model used by almost the entire mobile game publishing industry.

This is in part due to the overwhelming success of ad monetisation. The total revenue achieved by mobile gaming companies from advertising is estimated to have passed the $115 billion mark in 2021 – a 30% year-on-year increase, making it an ever-reliable earner for game publishers. For now.

Regulation is changing the game

Despite the dominance of in-game advertising as the leading revenue earner for mobile games, concerns over advertising’s impact on the user experience (UX) have made in-game ads an increasingly controversial topic.

According to a recent YouGov study, 79% of smartphone users say they find in-app ads “annoying”, while many mobile gaming influencers have taken to Twitter to bemoan the overuse of in-app purchases and ads.

This negative sentiment came to a head last month when Google updated the Play Store guidelines to clamp down on ads deemed to be annoying or impacting on the gaming experience.

The rule changes banned interstitial full-screen ads that can’t be closed after 15 seconds and specified that ads are not allowed to pop-up unexpectedly in-between levels.

While this move presents more of a tightening of existing regulation (rather than the “war on advertising” some have made it out to be), it nevertheless shows that app stores are not afraid to act if public opinion pushes them to.

A third way: thinking outside the app

With the changing climate around data and advertising, publishers need to think carefully about how to diversify their revenue streams to ensure they’re not caught cold by new regulations.

This means thinking outside the app, towards complementary modes of monetisation that provide new revenue streams independent of the in-game experience.

One of the latest ways that game publishers are achieving this, is by launching their own branded mobile extensions. Game publishers can use these browser extensions to deliver offers and discounts to users while they shop online. Saving can even be converted to in-game points, bonuses and rewards collected around the web. As an example, players of a game like Candy Crush could earn points or unlock achievements while they shop online. Players can receive discounts on real-world items and convert to bonus points and prizes from their favourite games.

Using these ‘out of app’ technologies, game publishers earn a commission on their players’ transactions — an entirely new source of monetisation, all from outside of their app environment. The result is a new incremental revenue stream, continuous player engagement outside of the app, and an extension of benefit beyond the lifecycle of the game –for as long as the game is installed the publisher can keep generating revenue even if the user has stopped playing.

Advertising and IAPs will of course remain a key part of mobile game monetization. But, by thinking outside of these traditional tactics, games developers can unlock entirely new revenue streams from their users. This opens up a huge new landscape, one that currently remains untapped across the gaming market.

Looking to the future, extensions and mobile keyboards will become a key pillar in any gaming revenue strategy — and it’s the businesses and developers that act now who will be at the forefront of this trend.

First movers in this space will not only secure alternative revenue streams, they will also futureproof themselves against the shifting regulatory landscape and the changing tides of public opinion towards user privacy.

By moving away from a pure-play reliance on advertising and embracing new, innovative models of monetization, mobile gaming publishers can improve ARPU, boost engagement and take their revenue strategies to the next level.