One year on - how is the gaming industry dealing with the Children's code? 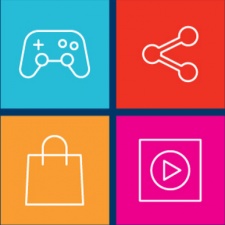 On September 2nd, 2021, the Age Appropriate Design Code – or Children’s Code– went into effect in the UK. This code of practice sets out the principles for online services “likely to be accessed by children.”

Over a year on, the UK’s Information Commissioner’s Office (ICO) has engaged with games companies via questionnaires and voluntary audits to better understand how the industry is complying, with Gamesindustry.biz breaking down ICO’s findings.

Companies seem to be uncertain about the newly imposed age-verification standards. The code states that in games which are likely to be accessed by children, developers should assume that all players are children.

Howevr, this has caused issues with games businesses, especially those that have built their companies to comply with the GDPR principle of only collecting that data which is necessary to provide their services.

Game companies often have a privacy policy across their entire service.This again conflicts with the Children’s Code, which states that it’s preferable to have a per product policy which would help protect the data of children.

Excessive screen time is identified as an issue to be combated, however ICO fell short of asking companies to limit this directly. Instead ICO are encouraging companies to add messaging into their products reminding users to take regular breaks, especially younger players.

ICO also has concerns regarding games running prize promotions on their social media accounts, often for in-game cosmetics. Although most social media platforms are aimed at audiences older than thirteen, there is a possibility that some children may be setting up accounts of their own, putting themselves at risk. ICO believes that companies should evaluate how they run such promotions to ensure the safety of users.

Although gaming is growing more popular every year, there have been growing concerns worldwide regarding the amount of time children are playing games. Last year China introduced legislation which limits gamers below the age of 18 to one hour of playing on Fridays, Saturdays, and Sundays, seeing a sharp decline in younger gamers as a result.

NBCUniversal partners with Anzu to expand in games and esports