The EU Parliament yesterday officially adopted a resolution to provide greater support to the video game industry in the EU, including proposals for a digital preservation system 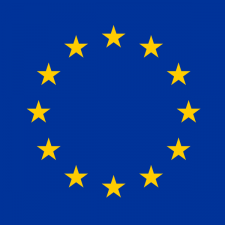 Yesterday the EU Parliament voted to pass a resolution calling on member nations to create a long-term, comprehensive strategy for supporting the video game industry in Europe. We previously reported on the initial proposal from the CULT (Culture and Education Committee) of the EU. The resolution proposes not only support for digital preservation, presenting European culture and heritage in game form, but also further investment into the industry and an acknowledgement of the potential it holds to fuel the economy in Europe.

In a joint statement, the ISFE (Interactive Software Federation of Europe) and EGDF (European Game Developers Federation) were positive about how this would affect the video game industry in Europe moving forward. They also said “We call on Europe’s political leaders to advance these concrete proposals to help create the conditions for European leadership in video game innovation and creation and we look forward to continuing the dialogue about the future of Europe’s video games and esports.”

What does the EU resolution mean for the video game industry?

The adoption of this resolution is, of course, a broadly positive change. As it now calls on individual nations to develop strategies for how they will support the video game industry in the EU as a whole and their countries specifically. It also includes numerous other additions, such as the strengthening of IP laws with regards to video games, combatting match-fixing and other interference in esports and calls video games “an integral part of Europe’s cultural heritage.”

The report which precipitated this vote, and also formed part of the resolution also calls on financial support for the video game industry. Essentially, alongside digital preservation and acknowledgement of importance, developers and studios are likely to see increased support. Possibly in the form of tax exemptions or incentives to work in certain cities or nations, hopefully to compete against EU ‘brain drain’ that draws individuals elsewhere in the world.

Other aspects include promoting non-stereotypical representation of women in video games, dealing with toxic workplace culture and increasing the number of education courses devoted to video games. Although beneficial, companies may see an increased scrutiny from governments in future of how business is conducted, if they want to receive potential support from EU nations.

EU resolutions are not binding, so no nation will be forced to implement strategies suggested in the report. However, it represents a major shift in the acknowledgement and recognition of the value the video game industry as a whole represents. With the backing of the EU, political support for the video games industry is likely to grow significantly. With mobile games development, publishing and other adjacent industries being such a major part of game development in the EU, they stand to benefit the most from this resolution.