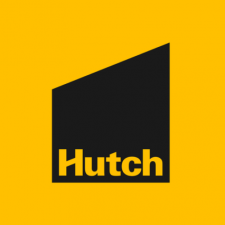 At today's Modern Times Group’s MTG Game Makers Day 2022, Hutch founder and CEO took to the stage to discuss his company’s experience and growth philosophy, climbing all the way to number two in the racing games market, with plans to climb even higher.

“We really want to change the way racing games are perceived and plays. We really feel like we can grow the market in that sense,” said Rutland.

“What really helps it is authentic licensing, and that really brings out the reality of what the products are and the content inside them.”

Unlike many similar games on the market, capitalising on licensed partnerships helps Hutch stand out from competitors with an additional sense of realism.

“We see racing as an audience. A group of people who really are passionate about it.”

Rather than simply doubling down on creating racing games, Hutch has managed to build up an understanding of what gamers want through rigorous prototyping and data analysis, helping it not just create titles which are more authentic, but offer something other racing titles don’t.

Notably, while both Formula One Clash and Top Drives are identified as the company’s main drivers, neither feature actual racing. Formula One Clash has the player take the role of a Formula One Manager, while Top Drives is a card collection game. In short, Hutch has carved out a niche for itself not just as a creator of racing games, but by taking influence from the games that are doing well in the market place and seeing how they can apply those mechanics to its own titles.

Hutch undergoes a rigorous prototyping phase, with over a hundred prototypes being narrowed down to the twelve the company has published, ten of which have been profitable and three of which have been exceedingly profitable. As part of this process is a validation test, where the game is released in secret on various app stores to test the response from consumers.

The company also lets anyone on the team pitch games, rather than limiting it solely to senior staff members. This allows Hutch to prototype, and potentially publish, a variety of titles with fresh takes and angles. “The really cool thing about this is that it allows lots of experimentation,” said Rutland.

The company hopes to continue its growth in the coming years, with two new licensed games currently in the works.

Last month, Hutch was one of the companies participating in the One Special Day event to support disabled gamers.