Is Donald Trump a winner for games developers? 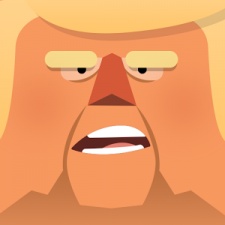 The fiercely fought battle between Donald Trump and Hillary Clinton has been one of the most bitter US presidential contests ever.

Clinton has been dogged by controversies around her emails while Trump has been criticised for controversial statements both during the election and comments from his past coming back to haunt him.

Trump has been such a popular, controversial and divisive figure in the election that he has often become the centre of attention in each debate he's taken part in.

Such has been his fame during the election race, numerous games developers have released hundreds of games using his name. A search for Donald Trump on App Annie returns 600 results, while a search for Hillary Clinton returns a paltry 313 results in comparison.

The quirky mobile games vary in quality, and many were clearly released as a quick cash-in or, more generally, for fun.

But have any of these games gained real traction amongst mobile users?

Possibly the most successful Donald Trump game has been the Flappy Bird-like Trump Dump, which uses the exact kind of imagery its name would suggest.

But it worked. Trump Dump amassed over 1.8 million downloads by March 31st. Capturing the imagination of the US public, on February 1st it was the second most downloaded app on the US App Store.

According to stats from App Annie, it struggled to break into the overall top grossing games charts with its one in-app purchase to remove ads, but has consistently found itself in the Adventure and Arcade top grossing charts, though only peaking at around 200th.

Jrump meanwhile sees players take on the role of Donald 'Jrump' , who has destroyed the Earth following a successful bid to be elected as president. After this, Jrump aims to "make the galaxy great again" by jumping on walls and lifting off into outer space, escaping politicians who plan to stop him along the way.

It's a bizarre premise – though clearly spoofing one of Trump's most famous statements and his campaign slogan – but it's been a moderate success.

App Annie shows that around its release date in early September, the game shot to a peak position of 60th on September 24th in the top download charts on the US App Store.

By September 30th however, it had fallen out of the overall charts, but still managed to maintain a position on the top downloads in the action and arcade genres. (App Annie tracks rankings up to 1,500th).

In the build up to election day however, Jrump has consistently been in the arcade and action top grossing rankings, but getting no higher than 341st in the arcade chart.

After extensive media coverage and controversy surrounding Donald Trump's real-life statements, the game managed to hit the top 10 download charts on the App Store between May 7th and May 17th, dropping outside of it once during that time. It dramatically dipped shortly after, however.

Perhaps one of the most successful money-making Donald Trump games is the casino game Slots: Trump vs. Hillary Clinton Slots Games Free.

Released in October, the game peaked at 433rd in the overall top downloads charts on the US App Store.

Though dropping out of the overall top download chart, it has consistently been a top 50 downloaded casino game.

Most interestingly, it has been a near constant in the overall top grossing charts, peaking at 715th on October 25th and recently rising back to a similar spot. It has also hovered around the top 100 grossers for casino games since release.

It's the same story on Google Play, under the different name of Trump vs. Hillary Slot Games!. It has hovered between 350th and 450th on the overall top grossing charts in the US, recently peaking at 357th as election day approached.

Of course, none of these developers will have expected to make serious money spoofing Trump's name. But the number of downloads some of these games have received is remarkable, and shows the power of a popular name and hot topics of debate in the mobile world.

To finish with, some personal favourite game names not listed above:

Reply
Jak Marshall Games Analyst
The noteworthy inclusion of 'Brexit mode' in Football Manager got me wondering why the examples we're seeing in this article are stand alone completely Trump themed games.

I've yet to see The Donald turn up in an already existing game as a piece of seasonal content. I'm sure there's a "Trump Wig" out there in an in-game avatar shop someplace...
Posted 5 years, 7 months ago

Reply
Andy Cowe Developer at Moonjump
I remember having to come up with concepts for an officially licenced Donald Trump game about a decade ago for Java & BREW handsets. What might seem strange now was that he was practically unknown in the UK and I had to do quite a bit of research. They went with my concept in the end and development was progressing when the project was moved to our American studio, switched to iOS, and so Trump Tycoon changed quite a lot. I wonder if Donald Trump insisted on the changes to bring jobs back to USA? Maybe his campaigning started earlier than we think...
Posted 5 years, 7 months ago

Reply
George Williams Owner at Jigglybean Games
I actually released a Trump game last week on all mobile platforms. I think I kinda missed the boat but wanted to get something out there that made people laugh - and Trump is just ideal for that.

So mixing Trump against Zombies was my take and an enjoyable one. Getting a voice actor was cool too, he was just top at nailing Trumps quotes.
Posted 5 years, 7 months ago