Developer's secret new title is off to a solid start 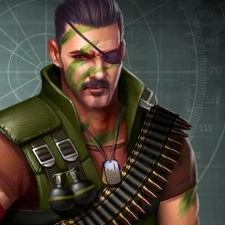 The developer specialises in releasing hit games that can generate hundreds of millions to billions of dollars. It's previously released Game of War, Mobile Strike and Final Fantasy XV: A New Empire.

An App Annie listing for its latest title World War Rising noted the game was first tracked in August 29th 2018.

The developer doesn’t list the title on its own website and instead publishes the game under the brand ‘Mobile War’. Machine Zone has done this with its previous games too, launching Final Fantasy XV under the name ‘Epic Action’ and Mobile Strike under ‘Epic War’.

The game’ was confirmed as a Machine Zone title during a Web Summit 2018 by CEO Kristen Dumont back in November.

Rising through the charts

World War Rising is effectively a reskin of the developers previously successful 4X strategy games and focuses on a military theme with armies based on any era from World War I to the modern day. This is slightly different from Mobile Strike’s straight focus on modern war.

App Annie data shows that World War Rising hovers around the top 100 grossing positions on the Google Play rankings in Canada, South Korea, UK and US as of May 1st. The chart below covers the period from April 3rd to May 1st.

Machine Zone was once famous for its expensive user acquisition campaigns, often splashing out on big celebrity stars such as Kate Upton and Arnold Schwarzenegger to promote Game of War and Mobile Strike.

App Annie data between February 1st and May 1st shows that while World War Rising peaked in the top 100 downloads on Google Play, it has since fallen to between around 270th and 378th as of May 1st, not even appearing in the UK download chart for games.

For comparison, the below chart shows the same top grossing positions for Mobile Strike in the same countries. World War Rising performs only slightly better in the Western countries, though places significantly higher in South Korea.

It will be fascinating to see whether Machine Zone can create yet another 4X hit with World War Rising, with early signs positive that it can.

You can find out more about Machine Zone's past by checking out this three-part series by the folks at Deconstructor of Fun here.

Is Game of War about to steal Clash of Clans' crown as top grossing US game?

Why DomiNations’ $100 million LTV is as good as it gets