When developers say that discovery is broken, we know what they mean.

They mean they don't have the necessary relationship with platform holder or good enough content to get their game promoted instore.

Things are a bit more complex, however, when developers say that UA is broken.

What they generally mean is they don't have the marketing budget to push their game at the scale they'd like.

But more important than budget is the ability to turn a download of their game into sufficient revenue to reinvest in marketing.

This is the fulcrum on which developers can take relatively small amounts of money and lever their game into the top grossing charts.

Not that Machine Zone spends anything like small amounts of money.

The developer of multi-billion-dollar title Game of War has been the biggest, most consistent spender on UA over the past year.

According to UA tracker AppScotch, it's currently running 302 advertising campaigns in over 40,000 other games, spending an estimated $7-$30 per install.

The reason it can do this is not that it has a lot of money. It does but the reason it invests as much as it can in UA is it knows the LifeTime Value of its players and that LTV value is very high.

This is the perpetual motion marketing machine for the game's and the company's success.

But so much for history.

Of course, it's not called Game of War 2.

And - despite not getting any featuring from Apple (it is featured on Google Play) - the game is already off to a stellar start.

Again, one reason is that Machine Zone knows its game and how its economy works in incredible detail. After all, Mobile Strike has been in soft launch in countries such as France and Australia for months.

As the graphs below demonstrate, this period has been well spent, building an audience and tweaking gameplay until the game has climbed the top grossing charts.

It's a similar story on Google Play, with the game slowly climbing into the top 50 grossing charts in Australia and France.

It was the evidence Machine Zone required before committing to a global launch, which happened on 10 November and like the artillery in WWI battle was supported with a massive UA campaign.

AppScotch says the game is running 38 different ad campaigns, across most of the major channels, notably Vungle, UnityAds and Chartboost.

That makes Mobile Strike one the top 20 most advertised mobile games in the west.

If we look at how the game is performing in the west, it's already a top 20 most downloaded app in Canada, Germany, the UK and the US.

Despite the soft launch, it's also a top 100 most downloaded game in Australia and France.

What is a surprise, however, it how well the game is already monetising.

On iPhone, it's a top 50 grossing game in the UK, and top 100 in Canada, Germany and the US, which within a week of launch, is spectacular.

On Google Play, it's much the same story. Mobile Strike is a top 20 downloaded app in all major English-speaking countries, although it's too early to get good data in terms of its top grossing performance.

All around the world

To some extent, Machine Zone's ability to repeat its success in the west could have been predicted: after all it's a US developer, which has made hundreds of millions of dollars in the market.

In that context, Mobile Strike's early success in Asia is the real surprise.

Apart from China, the game is a top 100 most downloaded app for iPhone in Hong Kong, South Korea and Taiwan. Amazingly, in Japan, it's in the top 10.

On Google Play, it's much the same story, albeit with Mobile Strike being a top 10 most downloaded app in Japan and South Korea, which are perhaps the most competitive game markets in the world.

In conclusion, Machine Zone has demonstrated that massive success can be replicated.

Machine Zone has demonstrated that massive success can be replicated.

Granted, it's not doing much new in terms of gameplay, but Mobile Strike embeds all the learnings from Game of War and, thanks to a massive UA campaign and well understood retention and LTV metrics, has become a global success within its launch week in a way few - if any other - games have replicated.

Perhaps the only issue Machine Zone will have to be worried about is cannabalisation of Game of War's existing audience, but given it had already entered a mature phase, this isn't likely to be much of a problem.

As for developers of more modest means, the conclusions to learn from this success is you need to spend time to know very deeply how your game operates - and monetises - in the real world.

And only when you know you can make more money from your players than you're spending attracting them (and operating your game) should you consider your game ready for launch.

In that situation, getting an app store feature will be a bonus because you'll be able to buy all the discovery you need.

Reply
Jeremy Jellings
I lost 11m troops a week ago cause the 30 day shield I bought never went up after I used it so I got zeroed and lost gold ty for your time CCDestiny
Posted 5 years, 1 month ago

Reply
Becca Sibio
I gifted my friend gold and he never got it. How does he get it??? Where is it we looked everywhere for it.
Posted 6 years, 1 month ago

Reply
Martin Sinn Licensing Manager
I assume that most other competitors would have block ed Machine Zone ads by now. Releasing Modern Strike under a new company had the beneficial side effect that they were not blacklisted in those titles anymore.
Posted 6 years, 1 month ago

Reply
Kamen Kanchev Senior Global Product Manager at Gameloft
Hi Jon, except in Europe, the game got quite good featuring. But indeed MZ is looking to bring new content to their existing user base (genre fans), while adding a new way to bring new players on board with Arnie.
Posted 6 years, 2 months ago

Reply
jon jordan
Thanks for pointing out the regional variation of featuring. I should have double checked that better!
Posted 6 years, 2 months ago 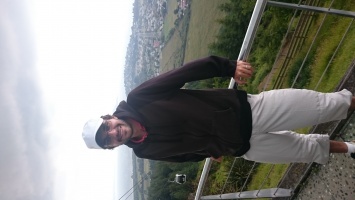 That's an interesting read, thank you!

However I tend to disagree that "Mobile Strike embeds all the learnings from Game of War and, thanks to a massive UA campaign and well understood retention and LTV metrics" is the reason for the success.

I think that the great success of Mobile Strike's launch is stimulated by GoW smurfs. A proof for that can be that as soon as I joined a young realm, there already were 20 level 8-to-10 cities, who were raiding the Wonder in the middle of the world map. This speaks of whales who are well aware of the goals into the game and are already pouring money. Multiply this by all other realms into the game and you kinda explain to yourself the positioning in the Top Grossing...
Posted 6 years, 2 months ago

Reply
jon jordan
I don't think that's and either/or scenario. I think both elements are in play. I'd guess what you're experiencing is Alliances from the soft launch period; probably experienced GoW players.

But for Mobile Strike to sustain its success, it will have to appeal to a new audience too.
Posted 6 years, 2 months ago

To Sustain the performance - Yes, they probably are introducing new metaloops and gameplay.
However I was referring to the game's initial success only.
Posted 6 years, 2 months ago