PocketGamer.biz Week That Was: King's going to IPO on the back of $1 billion Candy Crush Saga sales while Facebook buys WhatsApp for $19 billion 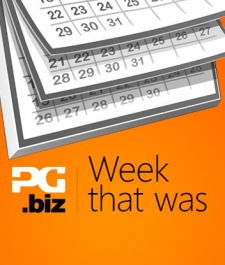 Everybody loves a good comeback story.

Theres something about cheering for a down-and-out sports figure, celebrity, or developer whos quest for redemption brings them instant vindication and validation.

...or $19 billion dollars, as was the case for WhatsApp co-founder Brian Acton who was passed over by both Twitter and Facebook in 2009. Rather than turn despondent, Acton kept "looking forward to life's next adventure" which turned out to be a business venture with fellow co-founder Jan Koum.

It's hard to say how much money or industry influence Acton would have had if Facebook hired him four years ago, but it's a safe bet to say that he's come out well ahead after two disappointments.

The same will hopefully be said for all of us as we face hardships and disappointments in the coming year. But until those hardships come, let's look back at the Pocket Gamer Biz week that was.