Still small but Norway's games industry is on the rise 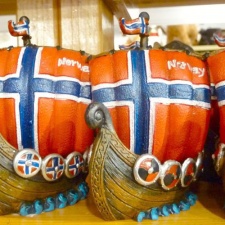 This is the first in a regular series of guest columns from Nordic Game Bits.

Jesper Krogh Kristiansen is its Editor-in-Chief.

Since the financial crisis hit in 2008, Norway has remained the ugly duckling of the Nordic games industry.

Sweden found early success in triple-A games, and then Minecraft and King came along, which helped create yearly revenue for the local industry just below €800 million.

Finland's growth came a bit later, but companies like Rovio and Supercell have boosted the Finnish games industry to higher levels.

And while Denmark is a distant third in that race, at least it could look at Norway and say "Well, at least we're not down there."

The latest numbers from the Norwegian games industry are from FY2012, and they show a revenue far below its neighboring countries - €33 million to be precise.

But all that might be changing now. For the last couple of years, the Norwegian scene has been buzzing with activity at an unprecedented level. Not only are more games being released now than ever before, but the Norwegian games industry seems to be organizing itself in new ways, and growing organically.

While this has not yet resulted in the same explosive growth on the monetary side as in Sweden and Finland, several people in the Norwegian games industry believe that they are just on the cusp of beginning to reap the financial rewards of the increased activity.

"The game scene is on the verge of breaking through," says Sylvia Keala Duerr from the recently established Norwegian Game Developers Guild.

As with the other Nordic countries, Norway has seen an increasing emphasis on mobile and downloadable titles.

Out of 35 games released last year, 27 of them were mobile games, and just 7 were for PC/console.

2014 also had featured a number of individual highlights for the Norwegian games industry. DOS Studio won a UK BAFTA One to Watch-award for their game Size Does Matter.

Dirtybit managed to get their Fun Run 2 to the second place on the list of most downloaded games on the App Store. Krillbite got a lot of attention for their toddler-horror Among the Sleep, and Rain's Teslagrad managed to secure a release on both PS3, PS4, PC and Wii U.

Norway also has a solid position in the market for educational games. The math-teaching game Dragonbox from French/Norwegian outfit WeWantToKnow is one of the most popular apps for teaching algebra, and mobile/browser quiz tool Kahoot is also gaining traction.

Finally, interest in the Norwegian games industry saw a boost recently, as Extra Credits-creator, James Portnow, created a special episode about it. That video has now been viewed more than 150,000 times.

One recurring theme in the story about the increased activity in Norway is the very generous public funding program, run through the Norwegian Film Institute, which recently doubled the yearly financial support to 20M NOK (€2.5 million).

Anders Hillestad is CEO at Antagonist, member of the Game Developers Guild, and one of the organizers of a brand new award for Norwegian games, Spillprisen, which is based on peer-reviews.

And he is convinced about the positive effect of the public support. "The fact that the support was doubled in 2013 allowed more developers to quit their part-time jobs to focus full time on getting their games done," he says.

According to the Head of Production at the Norwegian Film Institute, Kaja Hench Dyrlie, the growth has actually been accelerating, but 2014 stood out because that was when a lot of the productions reached release.

"A lot of the games launched last year have been in development for several years. So the activity was there, even if the market did not see the results until 2014," she tells me.

In 2012, the Norwegian game sector was estimated to have revenues of €33 million.

In addition to the financial support from the film institute, Norway has also seen a recent formation of the Norwegian Game Developers Guild, who is filling a vital role as disseminator and distributor of knowledge among developers.

It's an important job, especially in Norway, since the industry is spread out among the fjells and fjords along the whole length of the country.

In that way, the guild could end up having the same role as Spilhuset enjoyed in Denmark some years ago, where the exchange of knowledge between startup developers in a shared office space in Copenhagen launched studios such as Playdead, Press Play, and Knapnok onto the international scene.

One of the problems highlighted in the Extra Credits episode about Norway is that most game developers never manage to release any games, much less turn a profit.

But according to Hillestad, the skill of the Norwegian developers is increasing nonetheless.

"Even if companies disappear, the people remain in the industry, and continue building on their skills," he says.

"And we have also had a significant number of developers returning home from jobs abroad. This has contributed to improving the skill level of developers here in Norway."

Still, Norwegian developers do not yet seem to have the same financial clout as the Swedes and Finns.

"Maybe Norway just has a more indie-oriented industry, compared to Sweden and Finland", Dyrlie tells me.

More money and a new image

The main obstacle for the continued growth of the Norwegian industry is the availability of investment money. The 20 million NOK of public funding per year has established a base level for the industry, but for further growth, more investments are needed.

"The people who have the money to invest need to realize the potential of the Norwegian games industry. Abroad, they are quite good at this, but here in Norway it seems difficult to look beyond oil and fisheries," Hillestad says.

We have a significant number of developers returning home. This has contributed to improving the skill level of developers.

Hillestad also points to the image the local games industry has in the eyes of the general public as a problem.

Games are not yet taken seriously as a business, but are still seen as not-really-work. In a recent article in a nationwide newspaper, Dirtybit had a sizeable success with their two Fun Run games but was still introduced with the headline "Playing their way to money".

If Norway is to have a chance at catching up with Sweden or Finland, a lot of further professionalization is needed in the Norwegian industry.

As it stands today, Norway is still in short supply of people with skills in associated businesses, such as management, publishing, marketing and PR. Hillestad points to the fact that currently the industry cannot offer the same pay as other businesses, so it's still dominated by people in core developmental roles, making games because driven by passion, they don’t want to do anything else.

As for Portnow's suggestion in the Extra Credits video that the Norwegian state should create a local publisher, Hillestad suggests that there may be a local publisher in the works, although it won't be state funded.

But he also points to the recent successes of Teslagrad and Shiftlings, who both were picked up by international publishers, as an indication that the Norwegian games industry might be overcoming the problem of having no local publishers by simply going abroad.

Dyrlie tells me that she thinks what the local industry also needs, is more games like Fun Run, which with 50 million downloads has shown that Norway does have the ability to create a worldwide success.

"The potential is there, but we need one or two monster hits," she says.

Hillestad is also hoping for what he calls a 'Unicorn Success' - akin to Clash of Clans in Finland and Candy Crush in Sweden, to show that games can also be a viable business and act as a locomotive to inspire the rest of the local developers.

If that happens, he believes that Norway might approach Sweden and Finland regarding the size and success of the local games industry.

"We're far behind, and have a long way to go. But nothing is impossible," he states.

Nordic Game Bits is the leading games industry news media for the Nordic countries, acting as a hub for everyone interested in the Nordic game development scene.

Our daily publications range from news articles and event coverage, to podcasts and weekly newsletters.