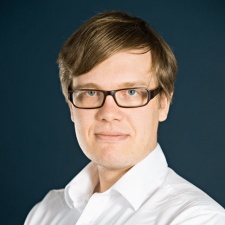 This allowed us to map the hidden trends under the surface of the most successful and famous companies.

And this is what we found out - there is less and less correlation between the turnover of the industry and the number of people employed.

All around Europe, people are placing high hopes on game industry when it comes to creating new growth and jobs.

And was significant growth compared to €900 million in 2013.

However, when we have a look on the number of people employed by the industry, the growth has been much more modest.

There is less and less correlation between the turnover of the industry and the number of people employed.

Thus the Finnish games industry follows the wider trend of IP-based industries where the connection between the turnover of the company and the number of people it employs is getting weaker and weaker.

This does not mean that the games industry does not create jobs. It just means that instead of basing your hopes on a single company, you should focus on securing the success of the whole local games industry ecosystem.

Individual companies come and go, but as long as the whole game industry ecosystem keeps growing, the number of people employed grows steadily.

This is clearly demonstrated by the fact that although the median size of Finnish game developer studios is four people, altogether they are planning to employ about 300 new industry professionals by the end of 2015.

As most of the studios are small and, in general, access to risk funding is very difficult in Europe, the key question on for us is how to secure early stage funding for the potential start-ups.

Second round studios are booming

The main new trend in the Finnish game industry in 2014 was a boom of second round start-ups.

On average, the Finnish game studios are quite young. Out of 260 game developers studios, 179 studios have been established during last four years.

Around 25 out of these 179 studios are so called 'second round' start-ups.

On one hand, the start-up boom underlines the dynamic nature of the industry. On the other hand, the relatively large number of second rounders indicates that the Finnish industry has reached a certain level of maturity.

The founders of second round studios have a strong prior experience from the industry, which puts them in a far better position than the first timers.

How does a local ecosystem support its key players through the difficult times from the first company to the second?

When their industry experience is combined with dynamic start-up environment, the new companies have much higher changes to success in exploiting new innovative approaches to game business and the rise of new platforms and market areas.

From a wider perspective, this means that a successful local game industry ecosystem has to be able to tolerate and even parade the failure of many first round start-ups.

Especially for the newly graduated students, the first start-up is often their actual graduate thesis demonstrating their artistic, business, technical and other industrial skills.

For this reason, it is becoming more and more important question how a local ecosystem is able to support its key players through the difficult times from the first company to the second one.

Although founding a game developer studio is not expensive, there still is a significant personal financial risk involved for inexperienced entrepreneurs.

Thus, especially for the youngest entrepreneurs, new support measures are needed to safeguard that no talent is wasted on personal financial tragedies when their companies go bankrupt.

The Finnish industry is more mobile than ever

85% of the companies that answered our survey indicated that they are developing games to at least one of the mobile platforms.

Even some of the bigger old studios are operating in mobile space. A good example of this is Remedy, a studio well known for its triple-A console games.

The reasons for mobile dominance are obvious. For the most of the start-ups mobile is a natural entry platform, because of its relatively easy development environment, easily available distribution channels, enhanced development tools and a small initial investment required.

However, at the same time, mobile game markets are getting very difficult for small developers, because of high user acquisition costs and fierce competition. For these reason, an increasing number of small developers have considered moving to less crowded platforms like PC or emerging virtual reality platforms.

Consequently, the strong mobile focus has not killed the innovation in the Finnish games industry. Vice versa, the fierce competition is pushing especially smaller developers to exploit the possibilities of new emerging frontiers.

These pathfinders play a highly valuable role in the Finnish ecosystem by mapping the new opportunities and constantly learning from the unforeseen challenges.

These are just some findings of the study conducted.

The whole study can be found from our website http://www.neogames.fi/fgir2015/