The power of the eyes 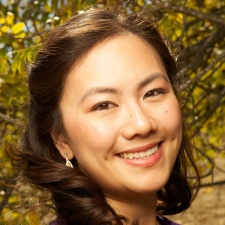 One of the things that you can trust in Pixelberry's High School Story is that every single aspect of the game has been pored over and carefully thought out as best as we can in our short timetables between updates.

This is reflected in everything from design to story and most definitely applies to the art.

Like our writing, our art has a lot of heart. It's in the small details from the seasonally changing trees and flora in the world to the touches we put on the buildings on campus, like the arcade machines in the Nerd's Hangout or the climbing wall in the Jock's.

This thoughtfulness is also present in the look of the different Classmates you see wandering around your school.

The overarching narrative of High School Story has you building your dream school. That includes recruiting different Classmates - jocks, nerds, preps, etc - that you want to go to school with.

Classmates are new types that you add to have character diversity in your school.

There are two ways to recruit new Classmates.

Every type can be partied for, but some types are more rare, and you have hold a lot of parties to get them. You can also buy any Classmate types from the store.

New Classmates not only bring with them a unique story quest but also new outfits and looks for the school.

Aside from story, partying to meet new Classmates is one of the game's driving features. New Classmates not only bring with them a unique story quest but also new outfits and looks for the school.

Classmates are the visual collectibles people play for, and we put an incredible amount of thought into their look through their outfits.

You unlock the four levels for a given classmate by leveling. There are four unlocks at Levels 1, 4, 7, and 10, and each level has general criteria:

Generally, we also try to have a theme throughout the levels to tie everything together, whether it's a color, a fashion element, or something visually distinct like a tattoo.

It was important to our team to get the look and feel of Classmate outfits right. Clothing is personal and can mean different things to different people, so we had to be careful about the outfits we chose as visual identifiers of the type.

The easiest type outfits to create were the ones where we had a classic image or archetype to work off. Jock Guy, for instance, has a quintessential look that still persists in most media today, so we were able to modify that to our needs.

But not all Classmate character types were so readily apparent. The different types of classmates that were challenging to design were:

Types that were abstract

Some types were concepts we created on our own, so it involved designing outfits around an abstract description. Our Prep type is an example of this. When High School Story first opens for a new player, you have the ability to choose from three types and are encouraged to choose the type you identify with most.

We wanted them to feel different for player customization. The Jock was interested in sports and athleticism, the Nerd was interested in academia, but we didn't know what to call the third type. We knew we wanted this type to represent social people who love to throw parties, and while we considered calling them socialites or social butterflies, eventually we decided on calling them Preps.

But this is not a known archetype in the way Jock and Nerd are, so we struggled to create outfits that worked, settling on a party dress to epitomize the type.

These types were characters for which people were familiar with how they looked, but we still wanted to do something different for the art.

The Nerd was a prime example of this type. The quintessential nerd from the team's childhood was a rather disparaging trope of Pointdexters with pocket protectors and glasses.

But many of us in the office were nerdy, and as one of the main options for customizing your character, we wanted the Nerd to be a type that would be relatable to players.

We avoided the unattractive nerd archetype and went with something that felt true, modern, and was what you'd actually see someone wearing in the real world.

Classmates that had multiple visual interpretations

Some Classmates are types that players would recognize when they saw them, but there was no one specific outfit that would epitomize them all.

For instance, the Gamer Guy types were tough because there are many different types of gamers. We didn't feel like we could put the Gamer in a nerdy t-shirt and jeans because that didn't necessarily translate into gamer.

We needed to connect their outfits to something that was concrete, so we were inspired by classic video games to create their unique looks.

Classmates that were special

Finally, we also had premium character types that were hard to party for, so we wanted to make these extra special.

For instance, our Werewolf type was a special seasonal released around Halloween. The look for this was challenging.

How do you depict a Werewolf short of animating their transformation from human to wolf? We decided that much like the werewolf of legend, they started out human and became wolf as you leveled them up.

The impact of new types

We put a lot of thought and heart into the look of the Classmates you can recruit to your school, but does it make a difference?

I believe we can see its impact, along with that of polls and quests, in the spike of our chart and revenue numbers during our updates.

On our social media pages during new releases, our players excitedly post the new characters they can put into their school, delighted to have a character with a unique viewpoint or a character whose personality reflected in the clothing relates to them.

I believe the care we take with the art contributes to keeping our players engaged.

Jennifer Young is a designer, art producer, and writer at Pixelberry Studios.