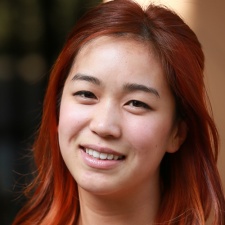 When we launched High School Story in 2013, we were blown away by how quickly it shot up the charts.

As we've discussed in previous articles, we had to react quickly to our newfound fame and staff up to answer the deluge of messages that poured in from our players.

When we launched, our "customer support solution" consisted of an email address that forwarded to our CEO and COO.

It received over 7,000 messages in our first week. It was time to hire, train, and put a team into action immediately.

So how did we do it?

The most important component of building a customer support team was, of course, the team!

As we scrambled to answer questions one at a time, we also sprinted to figure out what kind of a team we wanted.

When we launched, our "customer support solution" consisted of an email address that forwarded to our CEO and COO. It received over 7,000 messages in our first week.

Pixelberry has always cared deeply about our players, and we wanted to talk to them as friends, not with the stiff language of customer service.

So from the beginning, instead of calling our team 'Customer Service Representatives', we called them 'Player Specialists'.

And to join the team, you had to be quick, smart, and most importantly, kind. We wanted people who would be patient and understanding when talking to frustrated players who might have had to wait days for a response.

To hire a team, we set up phone and in-person interviews, nearly two each day for a week.

We created an interview process that involved having candidates answer frequently asked questions sourced by our earliest players, testing them to see how they handled both easy and tough questions, as well as how they'd handle hostile or upset players.

Through that, we were able to hire five people within a week and a half and train them to use the most important customer service tool: Helpshift.

Helpshift and our player specialists

Helpshift is an in-app customer service platform that allows our player specialists to communicate with players directly through in-game messages.

Helpshift's connection to our frequently-asked-questions (FAQs) page and their tagging system helped immensely in training up our player specialists.

We'd already created an FAQ on our website to answer players' common problems, but HelpShift gave our Player Specialists the ability to access our FAQ and auto-fill in answers to player's questions.

Having this auto-fill cut down on the amount Player Specialists had to physically type and thus allowed them to reach more players.

However, there were some limitations to the FAQ, the biggest one being that we had to strike a balance between having a lot of pre-answered questions (which was helpful to our Player Specialists) and adding too many questions in our FAQ section (which would confuse our players who were consulting that section on our website).

We struck this balance by ranking which questions were most important. We broke down the messages in the following categories from highest to lowest priority:

Some important tags that Player Specialists were taught to use in particular were:

At the peak of our busiest season, we would hit over 15,000 to 20,000 tickets a week. While we always try to get back to players as quickly as possible, during these hectic times, players often had to wait a few days for a response.

Since HelpShift looks like a chat feature, many of our questions were one-off game play questions that our players found the answer to shortly after sending the message. To cull out potentially obsolete messages, we would send out a follow up to tickets that hit 3 days apologizing for the long wait and asking players to reply if they still needed help.

This weeded out players who had already found the solution to their issue and also let them know that we were busy and trying our hardest to answer them as soon as possible.

It was especially important Player Specialists tagged players who reported bugs. Tagging bug reports allowed us to gauge the severity of a bug. During one studio crisis where we introduced a game-breaking bug, we were able to tag the issues relating to the bug and follow up with the player on a later date. This allowed us to bring back thousands of potential players that may have otherwise quit the game altogether.

Tagging suggestions from our players give us a better understanding of what our players wanted, which helped us greatly in prioritizing which features to implement first.

Of course, aside from Helpshift, it was also important that our Player Specialists played both High School Story and Hollywood U, so we set up every specialist with a test device to play through a large portion of the storyline, allowing them to understand players' questions and concerns.

The impact of our player specialist team

The Player Specialist team has a huge impact on the studio and our games. Not only does the team help us stay in touch with our players, but it also help us improve our game.

The Player Specialist team has a huge impact on the studio and our games.

For example, early on, players encounter a partying quest where we ask them to party for a Student Gov type (a combination of a Nerd and Prep base type). However, some international players didn't know what a Student Government was.

After seeing that this issue was coming up again and again, the Production team added some hints and pointers to the game to better guide our players through what to do.

At Pixelberry, we really value our Player Specialist team. After all, they're the ones who are talking directly with our players, hearing their concerns and responding to them every day.

With their help, we're able to prioritize issues, address players' problems, and continue to improve our games.

Theresa Nguyen was the Community Manager and Player Specialist Lead, and Jennifer Young is the Studio Manager at Pixelberry Studios.