Jessica Yang provides the inside track 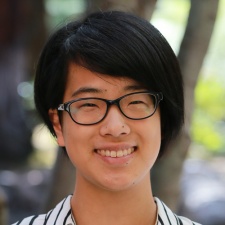 Jessica Yang is a Writer and Intern Manager at Pixelberry Studios.

Typically, when you think of an intern, you think of some poor, harried soul fetching coffee for the Meryl Streeps of the world.

Not so at Pixelberry.

While coffee brewing is involved, the Pixelberry internship program focuses on transforming interns into essential members of the team. This happens through mentorship and a variety of challenging tasks.

We look at what each intern is interested in, evaluate where their strengths and weaknesses lie, and tailor their work accordingly.

In addition to being valuable members of the team, our high school and college interns help us keep up with current trends and what's cool among our younger players!

Like everyone else at Pixelberry, our interns wear many hats.

Our high school and college interns help us keep up with current trends!

Along with more mundane tasks, such as watering the office plants, interns also contribute to the studio in a number of ways: designing marketing art, writing and editing, social media, customer support, and even composing Halloween jingles for our games.

No skill goes unused in the studio.

For example, our summer intern, Sarah, came to us with quite a bit of high school journalism experience. She became our writing intern and wrote in-game poll questions that often focused on current events.

Along the way, interns gain experience, share inside jokes, and go on studio lunch adventures with everyone else. It's always tough to see them leave for bigger and better things (usually college or Southern California).

At the end of their internship, the interns write farewell reflections on their time at Pixelberry.

Here are excerpts from one such letter by our writing intern, Sarah:

"How I ended up here is kind of a long story... It all started one fateful day in my sophomore year, during a school newspaper meeting. I had volunteered to take an article on one of our high school alumnus because nobody else would, but in retrospect, I am so lucky that I did.

This alumnus had created a smartphone game that helped students cope with cyberbullying -- High School Story -- and as it turns out, this alumnus was Oliver, the CEO of Pixelberry studios! After our interview, he encouraged me to apply for a summer internship, and two years later when I had finally found the time and resources, I walked through Pixelberry's office doors.

My tasks included poll writing (like, a lot of poll writing) and helping out with the Pixelberry blog, as well as roaming around the office just in case anyone needed an extra hand (like unpacking strange assortments of Whole Foods groceries). One thing I love about the Pixelberry team is how they function more like a community rather than a working office. Everyone is so friendly, and the office is a great working environment to be a part of -- quiet, casual and familiar.

I've made so many memories here, like getting shaved ice with Oliver, figuring out how to dispose of spoiled (we're talking REALLY spoiled) milk with Daniel, or finally discovering that Keyan was, in fact, not an enigma but an actual person.

I'll also miss Jessica's lightning-fast ability to generate punny poll answers, and the way that Jennifer skips around the office rather than just walking. Lunch was my favorite part of the day, because despite how busy the office could get, everyone would put their work on pause to sit down and enjoy lunch with one another.

[...] I know that the memories and experiences I had at Pixelberry will stay with me for years to come. Never have I been in an environment where coworkers were so close to one another, and I think that is one of the key factors in Pixelberry's success. I feel lucky to have been a part of the team, even if it was for a short while. As my first job, it was a dream come true."

And here's another reflection written by another intern, Haley:

[...] Though my time at Pixelberry has been short, it has been an invaluable and insightful journey. The Pixelberry team demonstrates a perfect example of what can be achieved when a group of dedicated, talented, and passionate individuals work together towards a single goal.

I am so lucky for the opportunity to have been part of such a tight knit and creative community of people, and I know that what I have learned at Pixelberry this summer will stick with me for the rest of my life."

We've been incredibly lucky in the wonderful and talented interns we've had at Pixelberry, past and present!