Royal McGraw on doubling up 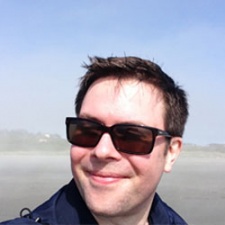 In December 2014, Pixelberry Studios launched its second game, Hollywood U, on the iTunes App Store, Google Play, and the Amazon Appstore.

Hollywood U quickly climbed the charts, reaching a December peak of #37 Free Overall and #77 Grossing Overall. Since launch, Hollywood U has consistently ranked among the Top 200 Grossing apps.

If that were everything, that'd be a pretty decent (but not spectacular) story of a company launching a new game. But that's not everything.

The real story is this: Hollywood U went from studio greenlight to App Store submit in 4 months.

In this article we're going to talk about how we did it.

In August of 2014, Pixelberry Studios was celebrating the 1 year anniversary of its first, and at that time only, game. We'd been knocking around the idea of doing a second game for a few months at that point, but so far nothing had clicked.

At the same time, Kim Kardashian: Hollywood was tearing up the charts. Like everyone else on earth, we noticed. Who could miss it?

For the Pixelberry team, the Hollywood theme was intriguing, but not strong enough to stand on its own. After a few concept meetings, we decided that blending "celebrity" and "college" could make for a game we could all get excited about.

There was just one tiny problem: to really make a splash, we knew we'd need to release before the holiday season.

It would have some of the same themes as Kim Kardashian: Hollywood, but the college angle would give us something unique to explore. We even had a name for our proposed new game: Hollywood U.

There was just one tiny problem: to really make a splash, we knew we'd need to release before the holiday season.

That gave us just four months of time for concept, production, and QA - a challenging timeline for even a team completely devoting all resources to the new project, but an even tougher prospect in our case, since we were still planning robust support for High School Story.

Basically, what we'd just decided to do was near impossible.

I'm a writer by trade, so I can tell you, written copy can be churned out at a rapid pace. Likewise, a properly motivated artist can produce an astonishing quantity of game assets.

Fortunately, we weren't starting from scratch with Hollywood U. We had our first game, High School Story, to work from. Reusing the High School Story game engine put our launch window just barely within the realm of possibility.

And of course it also introduced a few new headaches.

Again, for the first time

Reusing an existing game engine brings unique challenges - some of which we were expecting, some of which caught us unawares. But the single biggest problem is this: how can you make it feel different? Like, really different?

Reusing a game engine brings unique challenges, but the single biggest problem is how can you make it feel different?

Fortunately, several of the people working on Hollywood U were Electronic Arts alums who had been part of the team that took the cheery Surviving High School visual novel engine and repurposed it toward gritty crime drama in Cause of Death.

Because of that prior experience, we were relatively confident that we could find a new tone with the Hollywood U narrative. Hollywood U would age up the material compared to High School Story, be a little sexier, go deeper with the relationship drama...

If you've been following this series, you know from earlier articles that story was taken care of by our battle-tested team of writers. That just left absolutely everything else to worry about.

So this is where it gets complicated

Think of a game engine like one of those website templates at Squarespace. If you've got a lot of time, you can modify the template to get exactly what you want. If you don't have a lot of time, you'll need to stick with what's already there.

That was essentially the situation we were in. We had some time, but not very much. That meant we'd have to think very, very carefully about where we'd expend our energies - and where we'd keep things the same.

If you look at the two screens, you'll immediately note the similarities. Both games have the same grass and the same road elements. The HUD UI has received some cosmetic tweaks, but we've left all the buttons in the same positions.

So why not go bigger with the changes to the HUD? There were two reasons.

We've discovered that having more than one app available has contributed to a reduction in our user acquisition spend.

First, we'd had a year to live with the buttons in High School Story, and we liked where they were. We felt that changing them around wouldn't be a gameplay improvement, it'd just be making changes to make changes.

Second, we wanted to expend our limited dev resources doing something that would give our High School Story players a unique gameplay experience when they came over to Hollywood U.

This is a pretty classic game loop, and in theory, it should work really well. Unfortunately, our implementation in High School Story didn't scale as well as we'd hoped. Even moderate players were able to level their Classmates to the max level of 10.

For Hollywood U, we wanted to create a leveling system that could scale. We started with 100 levels, but that number can expand if we need it to. And buying textbooks didn't make any sense... this is Hollywood we're talking about!

What we wanted was a system that would showcase the unique attributes of your entourage, from Movie Stars to Directors to Special FX Techs. We decided on Workshops.

This time, if you look at the two screens, you'll immediately note the differences. In Hollywood U, a player has to choose to level a specific character, and that character is subsequently rendered unavailable to fulfill requirements for quests or parties.

In a nutshell, these two leveling systems look, feel, and interact with other game mechanics in entirely unique ways.

But on the backend, in isolation from other mechanics, these two character leveling systems contain almost identical code. This was a small change that had massive gameplay consequences. In Hollywood U leveling became strategic.

Most importantly, though, this was the kind of change we could implement in the time we had available.

Nine months out from the launch of Hollywood U, Pixelberry Studios is still actively supporting both games.

Recently, both High School Story and Hollywood U debuted a big, new Weekly Goals feature. This feature tasks players to complete a series of in-game activities. In return, they receive tickets that can be redeemed for random prizes or exclusive outfits.

This feature took a long time to balance, and there were economy variations between High School Story and Hollywood U that needed to be reconciled... but the good news is, we only had to code it one time!

We've also discovered that having more than one app available has contributed to a reduction in our user acquisition spend.

In part, this is due to cross-promotions that we run in-game, but we've also found that players who enjoy one of our games are pretty savvy about finding the other one.

And the biggest difference? With Hollywood U our studio went from having just one Top Grossing game to having two. Not bad for four months of work.

Royal McGraw is Executive Producer of High School Story and Hollywood U at Pixelberry Studios.