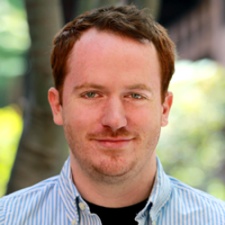 They say, if you do what you love, you never work a day in your life.

The proverbial 'they' have never been more wrong.

When occupations invariably come up over dinner or at a cocktail party, I've had a lot of people tell me they would love to write for video games and ought to try their hand at it.

After all, it sounds like a dream job. And it is.

But if I've learned anything in my three years at Pixelberry, it's that your dream job can be the hardest one you'll ever have.

(Then again, if what you love isn't hard work - if it's not pushing you to improve every single day - why even bother?)

If you're the type to work until sunrise crafting a critical line of dialogue because you believe the story deserves it, then perhaps video game writing is the job for you.

But how do you even get started?

This article will detail how I began writing games for a living, my many expectations that were blown to smithereens by the experience, and what qualities a story-focused studio like Pixelberry looks for in writing candidates.

There was one more problem. The job was in Mountain View. I was in Florida, 3,500 miles away.

My journey, like a lot in life, began with a little luck. Okay, a lot of luck.

In 2012, I was a "writer." More specifically, I was putting my liberal arts degree to use spamming the web with SEO copy, burying unfavorable Google results for a rogues' gallery of clients.

Like many aspiring writers, I held out hope of doing something more. Outside my 9-to-5, I spent my free time studying screenplays or writing my television packet (a portfolio of what amounts to fan-fiction episodes, only - you know - serious). But like most who have ever sought entry-level work writing fiction, I knew such a thing was unheard of.

At least, until I heard of it.

In a moment of frustration with a particularly insufferable client, I paused to surf Craigslist Bay Area, fantasizing about a different line of work. And there it was: a new post seeking a video game writing intern.

I read the post over and over again. My eyes dilated. My pulse quickened. It seemed too good to be true, and - as my cursory web search soon illustrated - it probably was.

At the time, Pixelberry - newly founded by EA veterans - didn't have a game, an online presence, or seemingly a single employee to its name. Perhaps an SEO firm like mine had scrubbed Google of Pixelberry's existence... or, more likely, I'd come across a hoax teasing me with the opportunity of a lifetime.

There was one more problem. The job was in Mountain View. I was in Florida, 3,500 miles away. I'd only been searching the Bay Area pages because I'd gone to college there.

Transcontinental leap for an imaginary position or not, I knew I might never see a job like this ever again. I had to apply.

Fearing my resume would be thrown out the instant the hiring manager saw my East Coast address, I used my friend's San Francisco apartment to claim I was local. (Having since come clean, I've been told I would've been considered anyway... but there was no way I was risking it.)

I used my television spec of Futurama as my writing sample, positing it as proof I was adept at finding new, original, compelling stories within long-established universes while remaining true to character, voice, and tone.

One phone interview and two writing assessments later, I was offered an in-person interview for that Monday. Sure, I'd be there. No sweat. I was only on the other side of the country.

Knowing nothing about Pixelberry's business or its team's history, I packed a single suitcase and booked a one-way ticket to SFO, vowing I would get that job.

Most of my writing colleagues at Pixelberry didn't need to take quite as big a gamble to break in. (Today, Pixelberry has a clear brand, a global audience, and yes, even a website.)

Don't bide your time waiting for the moment to strike. Write, write, write.

But the point is this: It's said that luck is where preparedness meets opportunity, but even your opportunities will be luck.

Don't bide your time waiting for the moment to strike. Write, write, write. Have samples ready that you're proud of, ones that demonstrate not only your originality, but your ability to match the writing of others.

Enter and win contests to qualify your skill in a resume bullet point. And then, when you stumble across your opportunity, you can chase it... but you'll have to throw out your stability to do so.

The one-way ticket to California paid off for me in the end. But what I found when I got there wasn't anything like what I expected.

Video games aren't exactly known for their quality writing. Frankly, outside a couple studios, video game writing is a punchline: nothing but awkward NPC barks, cliched characterization, and forced excuses to kill the next wave of zombies/goblins/aliens.

Walking through the then-unmarked door of Pixelberry Studios, I knew I would blow them out of the water, far superior to whatever lone, overworked programmer they had on dialogue duty.

Our revenue depends on our weekly episode pipeline never slowing down.

So it's an understatement to say I was surprised when the interview started with me leading an episode brainstorm in front of the company's six full-time writers. Doubly so when I realized they were actually, you know, good.

Pixelberry's games today monetize players in part by enticing them to rush to the next scene. This not only demands that we always stay true to the Prime Directive of Drama (Always make them need to know what happens next), but it means that our revenue depends on our weekly episode pipeline never slowing down.

That requires writers that can think on their feet, coming up with compelling storylines on the fly. Writer's block is not an option.

To test this in my interview, my colleagues watched as I whiteboarded a full story arc for a Halloween episode, complete with branching and dovetailing choice paths. They contributed of course, but I later learned even that was a test.

One writer was the "good cop," encouraging my ideas and offering guidance. Another acted as "bad cop," pushing back hard against my weaker suggestions to see how I handled writers'-room disagreements. In a twist, a third played "dumb cop," out to test how I coped with awful contributions and refocused the brainstorm.

This wasn't writing a screenplay or a novel, where you're alone in a room and can pore over possibilities forever. Here, storytelling was about collaboration, resourcefulness, and quick thinking, and that's exactly how it would be when I joined the team.

Pixelberry isn't what most game writing is like. Finding a staff of a dozen writers outside a triple-A game is rare, especially one where everyone shares such passion for the craft.

But times are changing. More and more studios are realizing how narrative not only makes a better gameplay experience but also drives retention and monetization. That can only mean there will be more and more opportunities for talented writers to ply their trade in the unique medium of gaming.

And when that opportunity comes for you, you'll need to be ready.

Luke Georgette is the Story Lead on High School Story at Pixelberry Studios.