Now is the time to do something different 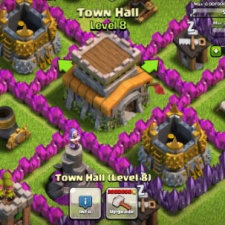 It wasn't so many months ago that all mobile developers were talking about was going "midcore".

Thanks to the success of Clash of Clans, the argument was that a new audience - tens of millions strong - had been created, who wanted a new form of gaming.

They weren't going to play (or at least pay) for Candy Crush Saga, not did they want to engage in heavyduty guild action a la Game of War.

Yet, no-one was really able to define what midcore actually meant.

Maybe that's why all mobile developers are talking about is going hardcore.

Strangely, however, no matter what label is used, all the games look remarkably similar.

The reason seems to be that in a market where the top grossing charts are largely dominated by the same old faces, developers aren't taking on the mobile giants head-on, but trying to steal their audiences with me-too products.

Unity CEO John Riccitiello recently commented on this absurd state of play in which “95-98 percent of the games being built today are in fact subscribing to the same design conventions,” and it's a point worth considering.

While playing Gameloft's Siegefall for my IAP Inspector column, I was struck by just how identical it is to the subject of my last entry, Rival Kingdoms - which is itself derivative of Clash of Clans.

On mobile we seem to overlook this, focussing instead on the tiny differences in each game.

But let's just be clear: from mechanics to UI, these are effectively the same games. On PC or console there would be an uproar about cloning, but on mobile it's par for the course.

The games dominating the mobile marketplace - still led by the seemingly evergreen Clash of Clans - are essentially training-wheels strategy games.

But what if a player's appetite is whetted by that sort of gameplay, but they want to graduate to something with greater complexity?

Well, to be frank, they're unlikely to find what they're after on the App Store. Those who want more of the same are always well catered for, but those who seek deeper experiences are left to seek them elsewhere.

Surely it's unsustainable for so many games to be competing for a slice of the same pie?

Why would a long-term Clash of Clans player abandon it in 2015 to play Siegefall?

Why would a long-term Clash of Clans player abandon it in 2015 to play Siegefall instead? Where's the compelling difference?

Of course, there are examples of truly distinctive hardcore games on mobile. The most high-profile example is Vainglory - although it's experienced little commercial success so far.

However, I'd argue that this has more to do with MOBA being a hardcore genre whose popularity is exclusive to PC.

Whether the genre can work intuitively on a touchscreen is one problem, as is whether committed PC players are even interested in mobile gaming.

And this reinforces why we see so many very similar strategy games.

Strategy is one of the few mid/core genres that's proven to be highly successful on mobile.

It's not impossible, though.

Perhaps the best example of this like-but-different approach is the Nexon-published and Big Huge Games-developer DomiNations, which brings some of the latter's experiences with Civilization-style PC games to bear on the mobile strategy genre.

It hasn't been a massive success, but it doing surprisingly well.

And it's something we need more of.

As the mobile gaming market matures, it's important for players to be given a choice. Not the choice between different brands of identikit industry-standard products, but something genuinely new.

Strategy titles hit $2.8 billion in player spending in the US in the first 10 months of 2020