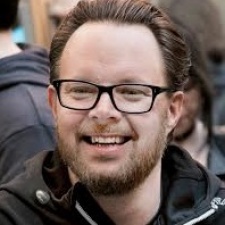 When Stockholm-based studio Paradox Interactive brought in former King Malmö GM Kim Nordström as SVP of Innovation and Mobile in November 2016, it was a bold statement of intent.

The company, whose bread and butter for 18 years has been PC grand strategy games, has dabbled in mobile here and there in the past.

His first port of call was to reassure current employees that their absolute focus could remain on the deep PC games for which Paradox is best known.

“The company's doing so well on the PC side, so who am I to come in and say 'hey guys, you should do mobile now'?” he reflects.

“I said immediately, we need to build a team. We need dedicated people for mobile who have experience of working with mobile, whose sole focus is mobile, whose development methodology is tailored towards mobile. Everyone agreed.”

As such, Paradox tested the waters by opening up some mobile gaming vacancies at the studio - being non-specific about location.

When this revealed that the majority of suitable applicants were either already in Malmö or happy to relocate, the firm's first mobile game studio was established there.

When I say brands, I don't mean mechanics. I'm talking about universe.

The studio is now open for business and five employees strong. Its approach to mobile game development follows some key strategic pillars laid out by Nordström.

The first, he says, is that “we aim to use our own brands”.

“When I say brands, I don't mean mechanics or what you do in the game,” he clarifies. “I'm talking about universe. What would make Crusader Kings if you removed the mechanics?”

Another big ambition for Nordström is to find a way of engaging the existing Paradox audience on mobile.

“The mobile players today who don't play on PC, the way they see it is there are a wide range of casual to hardcore games available on mobile today,” he posits.

“But if you talk to the PC audience, the majority of them would say there are no hardcore games on mobile. There's just nothing.

“That's the gap we're going for. We're trying to figure out how to get our PC audience of Paradox fans to play on mobile.”

This links into Nordström's design philosophy, which is to create mobile experiences that expand the PC brands “without competing” with them.

This correlates, too, with what Paradox players seem to want from the company's mobile games. To gauge this, the publisher asked its fans about their biggest concerns with Paradox games on mobile.

“The top one coming back was always 'a dumbed down version',” he says. “I'd rather have a game that expands on the universe.”

Of course, this dialogue with the community has also revealed “a percentage of the audience who clearly say that they're not going to play on mobile,” but Nordström believes this can be overcome when they see the quality of Paradox's mobile output.

Another key area for Paradox to consider as it enters the mobile space is monetisation, and Nordström also has strong feelings about this.

“This is controversial, but I want basically any business model that is not premium on mobile,” he states.

I want basically any business model that is not premium on mobile.

“Sure, some premium games have sold really well, but they also have a lot stronger brands than us. We have strong brands, but we're not GTA, we're not Minecraft.”

The Tag Games-developed Prison Architect, which launches today as the debut mobile release under Nordström's stewardship, features a 'try before you buy' approach with additional content behind a paywall.

But the studio will continue to experiment.

“Free for me means free to install,” he considers. “Then there are so many other ways we can monetise the audience. It doesn't need to be exactly the same as the midcore games on mobile today.”

Indeed, he confirms that no Paradox mobile game will implement timers as a monetisation mechanic or otherwise “monetise frustration”.

In this experimental phase for the mobile studio, there are other factors in Paradox's decision not to launch a premium game.

“If we were to ship a premium game on mobile at whatever price point and it went great, everyone would do high fives and say 'awesome, we did it!'” he says.

“But in reality we wouldn't really know what happened, because there's just no way to track or trace it.

He adds: “It's the same the other way around. If it failed, it's the same question. Why did it fail? It makes it so much harder to answer.”

This desire to understand players and their motivating factors appears to be a core part of Paradox's mobile strategy at present.

Nobody really knows right now whether or not hardcore PC game fans can be tempted over to mobile, but Nordström knows that the only way to get answers is to launch games.

“It might not monetise as well as the big free-to-play games out there,” he concludes, “but it will create a lot of learnings for us.”