On Hatch and its implications 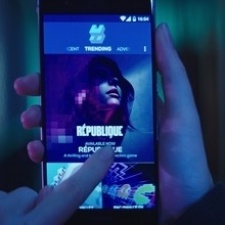 In 2017, you'll be able to stream Monument Valley on your Android device for free.

This will be courtesy of Hatch, a new player in the cloud gaming space that's been spun out of Angry Birds developer Rovio.

Like services before it such as OnLive and Gaikai (since acquired by Sony for $380 million and powering PlayStation Now), Hatch will use cloud technology to stream games to its users, allowing them to play games without the need for additional downloads.

But there are two major differences between Hatch and previous cloud gaming solutions: it's on mobile, and it's free with an optional subscription.

Pay if you want

The obvious parallel is Spotify. Like on that music streaming platform, a full, free service is ad-supported while an optional paid subscription offers an ad-free experience with additional features.

Game streaming remains very much an unknown quantity, especially on mobile, and it's impossible to predict the impact that Hatch - or competing services yet to emerge - will have.

There will be obstacles, certainly. The appeal of streaming is clear for a triple-A PC game, but the motivation to stream a mobile game that you could download in a matter of seconds will be harder to find.

It also reduces the barrier of entry for mobile games even further than free-to-play has already - which means it could grow the player base, but impatient users may treat the service like a gaming buffet rather than investing hours in a single game.

But let's imagine that it has the same impact as Spotify has had on the music industry, or Netflix has had on television. What then would the future look like?

Only a very small share of gamers today are spending money in free-to-play games.

First off, the rise of such a service would well and truly disrupt the current free-to-play model.

"[...] We believe that there’s a market for free-to-play games, and it’s great for some companies and some people who love it, but we believe there’s a huge underserved market out there for having great games available in easy, instant and easily accessible fashion.”

As such, Hatch's decision to build its platform around games designed for the premium model - Monument Valley, Republique and more have already been announced - seems a shrewd move.

After all, Amazon Underground has proven that shoehorning a game designed for free-to-play into an IAP-free model doesn't really work.

But can streaming really kill off traditional, IAP-powered free-to-play?

I don't think so. Then again, nobody anticipated the creeping takeover of streamed content - and consequent, gradual death of both boxed products and downloads - in music or film either.

But in this hypothetical, brave new world where streaming is king, it's not just the free-to-play game that can't exist.

And while an existing raft of premium games will prove adequate for testing the technology and potential of mobile game streaming, they're not truly fit for purpose either.

It's a simple fact that business model leads design to a certain extent.

Premium games can tell a story with a beginning, middle and end, or simply present a finite selection of levels for the player to complete at their own pace, because the user has paid up-front.

Premium games can tell a story with a beginning, middle and end.

Free-to-play games, meanwhile, have to keep the player coming back with new content, but cannot afford for their players to feel as though they have free and unlimited access to everything.

So with a streaming model, where developers are paid for each minute their game is played, what sort of games will rise to the top?

Well, logic would dictate that a two-hour narrative adventure game is not the way to go - unless, of course, it can appeal to a truly massive audience.

And a game designed for F2P would also struggle unless rebalanced very skilfully, likely ending up either too stingy or a tedious cakewalk when robbed of the monetisation that is inextricably linked with its rhythm and design.

However, for now at least, Hatch isn't looking to replace either model. Instead, Jutila told PocketGamer.biz, the aim is to simply "extend the reach" of developers beyond what currently exists.

And it's also providing new ways to play ostensibly single-player games, allowing players to pass over the controls to another watching player on a different device, or for two players to control the same game collaboratively.

However, these examples only highlight that Hatch is, at present, merely trying to put its own stamp on games that were designed for a different model.

It's when developers start designing games around this collaboration and the switching of control between players that we'll see its true value.

With this in mind, Hatch and its kind could genuinely give way to a new golden age for mobile game design.

Successful games made specifically for streaming will be free of F2P pressures, but also run as services with teams cranking out frequent content updates to keep players coming back.

It's a model that encourages developers to do nothing more than make games that people want to play for as long as possible. And as a consumer, it's easy to see the appeal of this.

Hatch Originals, the name given to games made exclusively for the platform, will be the most significant indicator of the potential here come the launch of the streaming service.

Unseating F2P will be no easy task, but the streaming business already holds two major scalps in TV and music.

More complex technological requirements - and an industry that's growing, not declining, with the existing distribution models - will make gaming a sterner test.

Indeed, developers won't be keen to abandon the millions they are currently making through free-to-play games to embrace an experimental system that requires huge audience engagement to generate meaningful returns anytime soon.

But whether it's Hatch or another service, sooner or later, someone will be bullish enough to make mobile game streaming work. And when they do, game design will have to change with it.

View options
Reply
Gaming Unicorn Marketing Director
The consumer is gaining transparency... that is critically important. Just like with Netflix, it's easy to understand how much the experience costs, and you never, ever have to worry about spending more than you intend. I've put a full-stop to buying virtual currency, because that obfuscates cost.

This is the platform I've always wanted for mobile gaming. Finally, my 3DS and Vita will be getting some competition.
Posted 5 years, 5 months ago

Reply
jon jordan
An interesting approach but it's very hard to see what the consumer is gaining.

Streamed music is about the ability to get any piece of music ever made right now i.e. personal radio. Streamed TV/film content is similar - personal box office. And note: in both cases people consume a lot of different music. TV, film content.

Players don't consume games in the same way - typically they go very deep into a small number of titles - so the only way this works is if the platform can radically impact discovery in such a way that players find brilliant games they otherwise wouldn't have. Seems unlikely.
Posted 5 years, 5 months ago