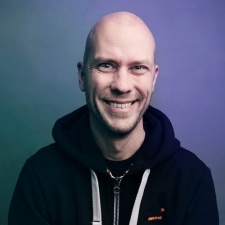 The video game streaming era has begun. With every firm from Google Stadia to Walmart showing interest in the new technology, the next few years will be make or break for many of the companies dipping their toes in now.

Finland-based start-up Hatch - which will be at Pocket Gamer Connects Seattle on May 13th to 14th - is no stranger to the concept, beginning the process five years ago as an offshoot of Angry Birds developer Rovio.

The actual initialisation of the streaming games service began in Summer 2016 with Rovio funding the venture as its majority stakeholder.

Today Hatch has launched in Japan, South Korea and select European countries, with a premium subscription that clears ads from the service rolling out in the latter half of 2019. Its service is only available on Android, but the company plans to support all other platforms eventually - including iOS, assuming Apple lets it.

Three years on, with several competitors are on the verge of entering the market, Rovio has declared its intent to sell over 30 per cent of its stake in the streaming service. It's a pivotal moment in for Hatch and what happens now will shape the company's future, as co-founder and CCO Vesa Jutila tells PocketGamer.biz.

2019 for us is when we start rolling out the service across the globe. We have already done the first commercial launches with big partners - namely Japan with DOCOMO.

“Last year was basically soft launch year for us,” explains Jutila. “We were live in Europe through the Google Play store, part of its early access programme across 18 countries.

“That was a very important year for us to learn a lot. We did a lot of feature improvements, new feature introductions and collected a lot of data from early access users in the beta test to perfect and optimise the service and technology to be ready for launch.

“2019 for us is when we start rolling out the service across the globe. We have already done the first commercial launches with big partners - namely Japan with DOCOMO. Hatch is pre-loaded in the DOCOMO setup boxes and available on the Google Play Store to all Android users in Japan.”

Partnering with corporations that yield a strong presence in specific regions is what has helped Hatch attract attention and interest from several investors. It was previously announced that the firm was teaming up with American-telecommunications behemoth Sprint, with the service due to go live in the US come May.

More recently, Samsung signed up with Hatch to help make its South Korea debut at the start of April possible.

“Samsung has launched its 5G smartphone in South Korea and Hatch will be part of its launch plan as one of the ‘Hero’ services,” says Jutila.

“The very exciting piece for us is we will be part Samsung’s 4,000 retail stores across the Korean market, where Hatch will be part of their Hero showcase.

“So, all Korean users going to these 4,000 stores onward, when they are wanting to experience Samsung 5G, Hatch will be running on the display phones so they can get excited about the possibility of 5G gaming before even buying the device.”

But what are the specifics when it comes to network connections? Concerns were shown for Google Stadia when vice president Phil Harrison revealed that a 25-megabit internet connection was advised as a minimum requirement for its platform, though Jutila states that Hatch is fully prepared – even without 5G capabilities available worldwide.

“With 4G connections in a good place we can already get latency’s below 50 milliseconds, which is totally great already,” he explains. “In Nordic countries like in Finland you can get up to 25 to 30 milliseconds over 4G already, which is roughly two frames latency when you run the game with 60 frames per second.

“With 5G we can of course get even much more radical latency numbers. We’ve been testing with our partners in the 5G network and we can get round-trip latency less than 10 milliseconds. This is roughly half a frame of latency when you run a game with 60 frames per second. So, your human eye doesn’t even recognise the latency anymore with those levels and it’s a totally native-like experience.”

We can get round-trip latency less than 10 milliseconds. This is roughly half a frame of latency when you run a game with 60 frames per second.

Sticking with Google Stadia, it’s hard to deny the Alphabet-owned giant and its goal to tackle game streaming head-on with its all-star team, but Hatch doesn’t view it as a direct competitor.

“Of course, they have amazing technology, but the technology that they are offering is targeting, primarily, delivering triple-A PC/console games over very fast broadband connections,” says Jutila.

“It’s of course targeting a very different part of the market and very different types of games, whereas Hatch is mobile-first, optimised for wireless network connectivity, and offers more broad appeal/mass market mobile games for a more casual audience. We see us in a very different space from Google Stadia.”

The same is stated by the Hatch co-founder of Apple’s new premium game service Apple Arcade, scheduled to launch in autumn 2019. Reports of Apple investing $500 million a year for exclusive titles on its subscription service show the tech firm is taking this seriously.

“Hatch is focused from the beginning on streaming games-on-demand, whereas Apple Arcade is a new way to monetise premium games on the App Store,” states Jutila.

“It’s not streaming, it’s about offering access to an exclusive set of games with a subscription payment model. So we see it playing in a very different part of the market.”

One thing all three businesses have in common however is their pursuit of original content. Google has opened its own first-party studio, while Apple is forking out hundreds of millions of dollars to bag exclusives.

Hatch, on the other hand, doesn’t have its own studio but is developing exclusive titles through its Hatch Originals programme by outsourcing to other developers.

We believe that the market is there and it’s also something that enables way more variety and richness of games when you don’t need to build around the free-to-play loop.

Agreements with more than 120 studios and publishers are already in place, while close to 400 titles have been signed to the service. As of writing, 120 games from external developers are live on the Hatch platform.

“Initially, our plan is to use those as showcase titles to demonstrate the power of streaming and power of delivering new kinds of social gaming experiences to our users.

“We haven’t built our own game studios as such. We are using partner game studios who we work with very closely. So in the case of the first Hatch Original title Arkanoid Rising we made it in close cooperation with TAITO in Japan, who has also given us the IP and licence for the game.

“We also used an ex-Rovio game studio called Greener Grass from Finland to do the core development for the game, but the Hatch team basically acts as the producers and the project managers for the whole project.

“That’s the model we are using today, but of course Hatch is fully funding these projects. Really the plan is to see what the right pace is to add new Hatch Original titles to the collection. We have a couple of interesting projects in the pipeline in addition to Arkanoid rising which we haven’t announced yet. We want to move in small steps and test the water.”

Jutila believes that by using a new model like subscription for its streaming service, Hatch is providing a platform focused on creativity for its development partners, where designing for free-to-play monetisation is not a factor. Though exactly how lucrative an opportunity subscriptions are for most developers remains to be seen.

“We believe that the market is there and it’s also something that enables way more variety and richness of games when you don’t need to build around the free-to-play loop,” states Jutila.

“We’re basically opening up the floodgates of creativity, where Hatch is taking care of the distribution and monetisation, and developers can focus on developing highly creative, amazing fun to play games with the premium model.”