Kongregate on how to successfully port games between PC and mobile 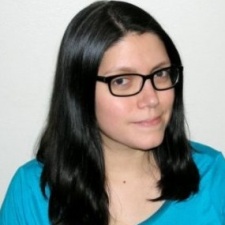 Kongregate is a developer that's enjoyed considerable success across both PC and mobile platforms.

But for many, releasing a game across both platforms has proven a bridge too far.

Kongregate Business Development Manager Melinda Montano, taking the stage at White Nights Prague, is on hand to provide some best practices for post-launch porting between the platforms.

To start with, she advises that developers have a clear idea of what they stand to gain from bringing a pre-existing title to a new platform.

Developers porting a PC game to mobile as a paid game, for example, are unlikely to reap major financial rewards.

"It's very limited the number of installs you can get, so if you're doing it to make money it might not be a good idea," Montano warns.

She adds that a paid mobile title - assuming it gets a major feature on Google Play or the App Store - can expect little more than 10,000 installs in the first week.

"That's going to be your best week, so look at that and try to figure out your long tail," she advises.

Furthermore, it is also commonplace for a game to launch on mobile with a signifcantly lower price than on PC - even when the content is the same.

"On mobile, you're always going to be expected to have a lower price," says Montano.

"That's just an unfortunate thing. People have tried higher prices, and you just get even lower than that 10,000 week one [installs]."

A recent outlier is Nintendo's Super Mario Run, which retailed on mobile at $9.99 and is estimated to have generated $30 million in its first month. However, Montano is insistent that developers shouldn't get carried away.

"You are the rule, not the exception," she asserts. Instead, she believes the question people should be asking is "where is the second one, where is the trend?"

But regardless of whether the game is premium or free-to-play, Montano says that developers should approach mobile differently.

If you do nothing else, please measure your retention. Analytics are for everyone.

"If you do nothing else, please measure your retention," she says. "Analytics are for everyone, even if you're making a premium game."

When it comes to porting the other way, from mobile to PC, there are other complications.

"[PC gamers] can be very finicky about what they perceive as mobile ports," explains Montano.

As such, she advises developers to "really research your two platforms and how to change things around," particularly avoiding easily preventable own goals such as oversized menu buttons and social media sharing buttons in the PC version.

At the same time, however, developers should not obfuscate their games' mobile past.

Instead, Montano suggests, they should make the value proposition clear by detailing how exactly the game has been tailored to the new platform.

Furthermore, in the rare case of a game transitioning from free-to-play mobile to a paid Steam title, the transition must be justified in its content and messaging.

More generally, though, Montano is keen to stress that Steam has a wider audience than many assume. Therefore, mobile developers shouldn't be put off by any perceived casual/hardcore platform divide.

"You would be surprised how many kids games, or even hidden object games, do well on Steam," she concludes. "It's kind of a secret."