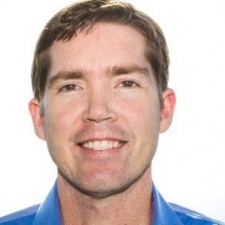 And indeed, a large portion of its business is still based around this model. However, for some time now the Seattle firm has also been publishing free-to-play mobile games.

Gummy Drop, a match-3 game developed by Moscow firm Studio Game Forest has been a particular success since its 2014 launch.

“We're excited about the opportunity in the game even two and a half years later,” says George.

Plenty in the tank

And it's easy to see why. Peaking at #1 top grossing in 38 countries, the game continues to boast great engagement - one notable statistic being an average play time of 70 minutes per day.

But how did Big Fish Games and Studio Game Forest collaborate to ensure such success?

“The greatest game ever is nothing without installs,” George reflects. This is where Big Fish was able to flex its muscles, with cross-promotion across its catalogue and a dedicated UA team.

“Big Fish has actually paid for 20 million installs of Gummy Drop,” he reveals.

The key to ensuring that this money wasn't wasted, however, is to make the game itself compelling. It is to this, and a regular content update schedule, that Gummy Drop owes its continuing success.

Every two to three weeks, there is the introduction of a new in-game city.  Each of these includes within it 190 levels, meaning that the game now contains more than 9,000 levels - each with three tiers of difficulty.

This is a testament to the hunger the game's community have shown for new content. “The only reason we have 9,000 levels, is because our players require 9,000 levels," George sums up.

Luck is no accident

Another factor that he considers important in any successful partnership is the communication between developer and publisher. And despite the distance, Big Fish and Studio Game Forest keep up a schedule of quarterly, in-person visits.

“Constant, regular visits are fundamental to make sure you're in alignment,” says George.

However, he acknowledges that talks like these can sometimes give the false impression that success is an exact science.

And while luck alone can't make a game successful, George is certainly not shying away from its influence.

“If a developer or publisher is telling you that luck didn't play a big role in their hit game, they are either naive or don't really understand what's going on.”

Moreover, this element of fortune can go both ways - as Big Fish Games experienced with the first game it published in partnership with Studio Game Forest.

We want to develop long-term relationships so eventually, we can release a hit game together.

“There was a game right before Gummy Drop that you've never heard of," explains George.

Called Zombie! Zombie! Zombie!, it was a game for which Big Fish Games had high hopes. The result, however, was an average return of only $0.68 per user and $38,000 total revenue.

It was pulled from the app stores in May 2014, leaving Big Fish with six-figure losses. Enough of a failure to end the partnership, you'd think.

Instead, George and his team persisted.

“We immediately jumped to the next project," he recalls. "We want to develop long-term relationships so eventually, we can release a hit game together.”

With Gummy Drop still performing well, it seems that this decision more than paid off.

Kongregate on how to successfully port games between PC and mobile