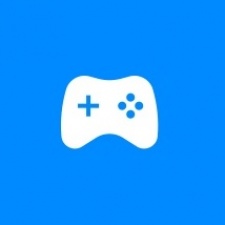 The headline-grabbing trends in the games industry over the last year have all been about the sizzle of augmented reality, the runaway success of the console/tablet hybrid Nintendo Switch and, as has been a trend for far longer, the cloud.

Augmented reality - and what many are calling mixed reality now - in particular has been a hot topic. Thanks to Niantic’s Pokemon Go, the potential of AR has caught the imagination of developers across the globe, and the concept of AR is now more easily understandable for consumers clamouring for these types of experiences.

It’s also being backed by Apple and Google, who have both released the ARKit and ARCore frameworks to help developers create these experiences. The Google Maps API has also now been opened up to all games developers who want to augment their AR games with location-based tech.

But much like VR, the excitement around this technology and the current brand of games harnessing it could easily die down, instead simmering along slowly rather than the unstoppable fire it appears to be right now.

And much like the Wii, while Nintendo has seemingly struck gold right now with the Switch, but how much of an impact its new console will have on the industry at large in future remains to be seen. Remember motion control?

Quietly in the background right now though is perhaps the largest opportunity for games developers right now: chat app gaming, where the top messengers already have user bases of hundreds of millions to billions of active users.

This is already widespread in countries like China and South Korea, which already integrates gaming into the chat app experience via apps like WeChat, Line and KakaoTalk. More recently, Tencent has launch WeChat mirror app Weixin, which offers mini-games that can be played instantly without the need for a download.

Fragmentation of app stores in the East has led to real creative innovations that you just don’t get on the Apple App Store and Google Play in the West.

But the concept of games accessible through chat apps like iMessage and Facebook Messenger is only in its nascent steps in the West.

iMessage gaming (it has its own app store and supports in-app purchases) and Facebook Instant Games (available in Messenger and News Feed, supports ads only at present) have seemingly flown under the radar in terms of the excitement around them. But don’t be fooled - these marketplaces are set to grow substantially over the next few years.

Perhaps part of the lack of excitement is down to, particular in Facebook’s case, how seamlessly these experiences fit into these apps.

Discoverability will of course rear its ugly head as more developers enter the fray, but what a platform like Instant Games is offering is accessibility - losing the friction of even a download in this case - while letting players directly interact with each other through the apps they most often use: messengers.

Players can share their experiences with close friends and quickly recommend games to their network. With the added layer of competition, which many early Instant Games have doubled down on, there’s a great opportunity for prolonged engagement and retention of players.

In fact from the start, Facebook Instant Games (also available in the News Feed as well as Messenger), has stressed the importance of leaderboards in these titles.

Even better than what some of the most successful mobile games do by using guilds and clans to generate better retention and engagement among players, chat app titles have the potential to take these social features further thanks to being part of an experience that is already inherently that.

On Instant Games, developers also have the ability to use bots to re-engage users, slightly less annoying than push notifications though this still needs work to avoid being an unwanted visitor to a user’s private social network.

A number of developers are getting in on the space early, both big and small, despite the fact it’s not yet a particularly lucrative market at present. Start-ups and big publishers working in chat app gaming include Chatterbox Games, MojiWorks, FRVR, Spil Games and Zynga.

MojiWorks is a hot new studio in the UK headed up by former Zynga UK GM Matthew Wiggins. The studio’s first games for iMessage, Moji Quest and Moji Bowling, have together generated 1.5 million downloads. The developer has also raised £2.75 million to further fuel its ambitions in the space.

Zynga has been a fervent supporter of Instant Games and has released a plethora of titles on the platform. Speaking to PocketGamer.biz last year, Zynga’s VP of Games and Words With Friends GM Vaibhav Sahgal said the “opportunity is massive”.

Perhaps one of the most interesting case studies is FRVR. One of the studio’s titles, Basketball FRVR, is on track to earn over seven digits in ad revenue annually and has been played more than 4.2 billion times.

Outside of chat app gaming but leveraging the concept of instant gaming like Facebook (though not through HTML5, but further highlighting its potential, Google is augmenting the Google Play store with Android Instant. Here, users are now able to download a tiny by comparison file to trial games like Clash Royale and Final Fantasy XV: A New Empire.

It might seem strange that this would be an attractive proposition given how small many mobile games are in the first place. But it does remove the friction of a potentially long download while offering the core experience on a plate. Testing Clash Royale on Android Instant, for example, resulted in getting into the game in less than 10 seconds.

Back to chat app gaming, the biggest question mark right now is how well these games will monetise and what the best monetisation practices will look like, particularly from their relatively bite-sized experiences compared to normal mobile games (which are themselves often tiny) and their social focus.

Facebook has rolled out the ability to run ads in Instant Games, and it’s currently experimenting with in-app purchases. It’s taken a long time to get here, but now there’s a real chance for developers to make money, not just rack up the user count.

With Instant Games now open to all developers to launch games on, we could be witnessing the next multi-billion dollar market.

Maybe it’s worth checking out.