Improbable sorry for causing “uncertainty, confusion and pain” as Unity rejects that current SpatialOS devs will have their games blocked 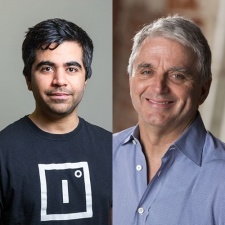 Update: Improbable has released what it calls a final statement on the matter and clarifies its position on its own alleged timeline of events.

Original article: Improbable sparked confusion amongst users of its SpatialOS technology yesterday with claims that Unity had suddenly changed its terms of services.

The London tech start-up offers cloud-based technology that can power huge persistent worlds. However, currently the technology requires developers use a separate engine to create the experience it supports.

Improbable initially claimed that as a result of clarification to these changes given on January 9th, all existing games in development were now in breach of Unity’s licence terms and that servers would be blocked until the dispute was resolved. Developers were bracing themselves for trouble that never came.

Later, Unity shot back and claimed all current live projects or those in production utilising SpatialOS “are not affected”. It said it had notified Improbable of the breach of its TOS a year ago and after failed discussions two weeks ago it turned off Improbable’s licence keys, after claiming it was left with no choice but to do so.

Improbable issued an apology over the day’s events and for causing “uncertainty, confusion and pain”.

Art of the deal

Improbable opened up on what it said was “ultimately a commercial dispute” in which “both sides have certainly made errors”.

As a first step, we may be able to self-police, or at least experiment with informal principles to help guide this space.

It was then suggested that in a free market like any other, a code of conduct should be drawn up for games tech companies to operate by.

“The law is a useful tool in disputes, but as today has shown, in game development reputation and trust can be equally powerful. As a first step, we may be able to self-police, or at least experiment with informal principles to help guide this space.”

A few things are clear. It is unfortunate that developers get caught in the crossfire when a company changes its terms.

Despite repeated warnings from Unity over breaches of its terms of service, Improbable chose not to give its developers a heads up until the last moment.

Improbable is on the backfoot if it requires Unity technology to make its business more viable. There’s a case to be made that games tech giants like Unity and Unreal Engine hold too much power - but that’s the landscape the industry lives in.

As Unity has expanded its business into new areas and tools, this will already have threatened the future of other tools companies in the past. Improbable is no different - just the scale of its funding is.

It’s worth noting that Unity, which has the right to change its terms of service (and it should also be restated that SpatialOS games in production will not have to be cancelled), over the last year signed partnerships with Google Cloud to harness its tech, and in fact moving over its entire infrastructure to the cloud.

It’s odd to call for a code of conduct for the games industry. At the business level, it operates like any other tech sector and Unity frankly has a right to protect its interests how it sees fit.

Improbable’s position will not be strengthened with the $25 million fund it’s created with Epic to move Unity developers to other engines.

Improbable asks the question: "Who stands up for developers who do not have collective power, like small independents, when it comes to negotiating a license fee or a price?". Perhaps that's Improbable's job to look after its customers and keep them informed.

Improbable is no small start-up. It employs hundreds of staff at its offices in London, San Francisco and Edmonton. It raised $502 million in a series B funding round led by Softbank, bringing total investment to date to around $600m.

I’ve also been told in the past that the company has good business outside of games (despite gaming being a focal point in its marketing).

If you want an example of key policy changes from a big tech company, ask Facebook developers from a few years ago about the platform’s changing policies.

Improbable’s position will not be strengthened with the $25 million fund it’s created with Epic to move Unity developers to other engines. The timing of the announcement is a good opportune moment for Epic to get one over on its rival, but may leave a bad taste in Improbable developers’ mouths.

But I guess for Improbable, it’s just business.

Improbable games allowed back on Unity