How hyper-casual games use network effects to supercharge growth 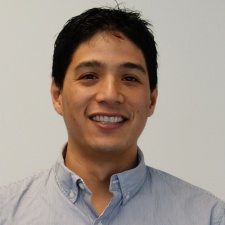 Christopher Farm is the CEO of mobile growth platform Tenjin.

Today, hyper-casual studios consistently release dozens of chart-topping games each year. Their reach is expanding across international markets, where we can expect growth to continue unabated.

This isn’t simply a matter of hyper-casual being the latest hot gaming trend. It’s certainly a part of it, but the genre’s explosive growth over the last few years has been due in large part to a unique and largely unprecedented approach to player acquisition and retention.

It’s a strategy that allows leading publishers to exploit and defend their place at the top of the App Store and Google Play charts, and it’s not slowing down.

Using these novel techniques, hyper-casual publishers are able to extract value from naturally occurring churn tendencies and manage their game portfolios as though they were one giant interconnected mobile gaming property.

It’s made them unequivocally successful and has had an irrevocable impact on the way mobile games are developed, published and monetised.

The first step to understanding how they’re able to achieve this is to understand the fundamentals of network effects.

The term “network effect” refers to the phenomenon in which the use of a product or service inherently increases its value. Social media apps are a prime example. In an attention-based economy funded almost exclusively by advertising, Facebook and Twitter are only valuable because millions of customers log in every day to share and consume engaging content.

The term 'network effect' refers to the phenomenon in which the use of a product or service inherently increases its value.

Their ability to direct time and attention is their value. If Facebook’s user count suddenly dropped to a few hundred, so too would its value.

Hyper-casual publishers are unique in that they extend this same concept not just to individual games or apps, but to entire portfolios, turning them into “gaming networks” capable of directing massive amounts of time and attention in much the same way social networks do.

Unlike traditional triple-A studios, hyper-casual developers often release three games per month or more. This rate of production allows studios to generate and sustain immense game portfolios that support equally impressive user networks, which bring with them massive volumes of time and attention.

In order to maintain the network’s value, players are exposed to advertisements for other SKUs within the portfolio.

This places hyper-casual publishers in a unique position. By recognising that attention is fleeting, and that churn is inevitable, publishers can take action in advance to ensure that even though the player is ready to move on, their time and attention remains within their network.

In other words, hyper-casual studios don’t only benefit from network effects of a single game, they benefit from an entire active ecosystem of games constantly redirecting attention to new, fresh experiences.

Value moves from one node in the network to another, increasing the studio’s overall visibility in store ranks, and driving more organic downloads. As long as active users remain engaged and have new content to experience, the studio’s portfolio will be continuously sustained.

When a single game goes viral, millions of players are exposed to a brand’s entire portfolio, generating higher KPIs for the studio overall.

These network effects are beneficial for any modern company when it comes to brand recognition, but hyper-casual games cultivate them by design.

A mobile studio entering the hyper-casual space could launch dozens of apps in a year, all linked together through cross-promotional advertisements. When one game is successful, network effects will cultivate brand recognition, trust and continued interest in the studio’s broader output.

For a console equivalent analogy, consider Nintendo's Super Mario series. Most customers who became fans rarely stopped after a single purchase - they would find Super Mario sequels and spin-offs, which maintained interest (or time and attention) in the overall series.

By investing in one game, they became invested in an entire franchise. For Nintendo, these network effects have taken decades to cultivate. I expect that the world’s top hyper-casual game studios are on their way to being able to establish them in weeks.

The studios who crack the hyper-casual code by quantifying their network value will thrive in the years ahead.