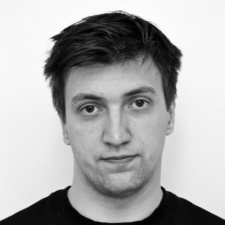 Nick Shapovalov is a producer at Ducky, a fast-growing hypercasual publishing studio with 97 million installs since 2020.

Nick has 9 years of experience in game development. He started as a game designer, ran the Fast Forward studio, and for the last six months has been working in hypercasual industry as a producer.

In hypercasual, developers and publishers work closely and combine their expertise to achieve multimillion installs and increasing game's exposure.

Once prototypes are tested, metrics are great, and a game with 10 minutes of gameplay is launched, there are a lot of things to be aware of ahead of time.

Let me take you through this step-by-step guide and explain what happens to the game after release, what developers should be prepared for, and how to maintain the project and prevent stagnation.

Step 1: Concentrate on one platform first

Sometimes developers want to run Android and iOS versions at once, but this idea should be carefully evaluated, as it brings more workload on developers and refocuses the team. Only when we reach ROI goals of the economy on one platform and understand that releasing on second platform will bring profits, it’s time to start working on it.

It is very common for hypercasual to publish the game on Android first. This is due to the fact that the game has a lot of tests waiting for it right after release, and Android offers various roll-out options, which helps the testing efforts.

As my experience shows, if the game is successful on Android – it will show the same or even better results on iOS.

Don't be freaked out by the differences in traffic quality, and trust your publisher if you get a reasoned explanation of what the best course of action is right now.

After release, the publisher starts buying traffic to test a number of media sources that were not available earlier. The key metrics here are:

There are targets for each metric for each media source and country, that depend on the publisher and the performance in the market. We as a publisher try to receive 30 cents CPI, over a 35% retention rate, and LTV exceeding the cost of attracting a player.

Be prepared that it is common practice to test first an ad on Facebook, as there is a high-quality audience. However, Facebook isn’t the main platform for scaling.

After Facebook tests, the publisher would start using Google, Snapchat, TikTok, Unity and other platforms to boost the project. At this stage it is necessary to analyze on what day the player brings more money than it cost to attract him.

Don't worry — a good publisher will run all the tests and keep the development team informed of the results. Publishers also making industry-based assumptions about how the audience will behave on day 30.