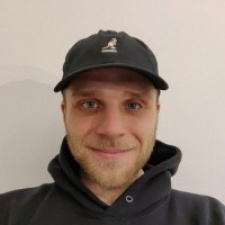 Ilya Trofimov is a producer at hypercasual publisher Ducky.

Hypercasual games production is full of testing and iteration. The typical project goes from video gameplay without a prototype to a complex multi-level game with imperative metrics tests at each stage.

When the game makes it to the monetisation test milestone, the development team is about to find out if the game is potentially capable to generate hundreds of thousands revenue dollars in the future.

Before the technical implementation of the ads, the development team needs to do a lot of preparatory work. If video ad integration is planned wisely and strategically, the project's monetisation metrics and key product metrics will perform at their best.

Let me walk you through a step-by-step guide on what you need to do to properly prepare a hypercasual project to the first monetisation test.

In most of the instructions on running and analysing integrated ads, game designers use the basic concepts to classify the types of ads. It's important to distinguish them well:

Before the development team gets down to the technical part of ad integration, it is necessary to choose which ad types and settings to use at first. The easiest way to find a reference point is to analyse key competitors. Decomposing their games is a powerful tool.

Choose three-to-five games with analogous gameplay and write down the analysis of:

Analysis and description of several competitors helps to determine the starting set of ads and settings that are worth testing.

Once the development team has selected a set of ad types that they want to test first, they need to prioritise their development and plan the iterations. There are a few experience-based general guidelines for planning this development cycle:

No more than two or three ad types at a time. Developing more than three types of ads at once during the first iteration is a bad idea. The team needs focus, fast production, and the earliest possible test run of the first ads implemented. The results of the first test will shape further development.

Avoid any other changes. It's strongly recommended to not add other product changes to the first iteration with monetisation, otherwise it will be hard to assess the impact of advertising on product metrics like retention and playtime.

Careful planning takes time and efforts. But it is rewarding: by sticking to the established iterations' development plan, the team will be able to properly coordinate forces and avoid stagnation.

Step 4: run A/B-tests and choose the option for implementation

There are always several possible implementations of each placement, even within the same genre. The potential effectiveness of each of those options depends on the varying game and its audience.

The only way to confirm the hypothesis of which implementation could work best for that particular product is to conduct A/B tests. Without them, it is simply impossible to guess or calculate success. As per timing, it's best to prepare A/B test infrastructure before the first monetisation test.

For example, you need to A/B test the moment when the ad appears for the first time. The earlier the first ads are shown in playtime, the more players will see them and the higher the Day 0 LTV will be. But the first display of ads provokes player's churn, so this setting should be A/B-tested to see which timing option gives the best LTV results.

At first, it is easiest to focus on the implementation of placements like those of the closest competitors. Look at their games and analyse what they use most: Interstitial, Rewarded Videos or Banner Ads. Also, note the basic parameters for placements:

Rewarded placements do not have as much detailed setup as interstitial ones. The most common rewards for watching an ad are increasing rewards for completing a level, getting new game items, or resurrection in case of failure.

In the process of iterating the project, it is necessary to test different settings for each placement in order to find the composition that will be the most effective in terms of monetisation.

Step 5: Set up the analytics with tracking advertising events

Before running the test, make sure that monetisation-related events are logged correctly in the analytics systems used. The most commonly used systems are Game Analytics or Appmetrica. Documentation for each analytics platform being integrated helps to navigate the usage.

First, make sure all the basic necessary events for analysis are set up: the total number of running game sessions, the number of each level launch, data on passed and failed levels and time spent on it in seconds, number of level restarts, spending game currency with the amount of money and the name of the purchase item.
Next, add special events that appear at the stage of advertising monetisation set up. It is vital to add tracking the moment of interstitial launch, tracking the moment when the user is shown the opportunity to launch a rewarded ad, and the moment of rewarded video launch by the player.

Depending on the specifics of the project and its stage of development, additional events may be required for analysis.

Once analysis of the competitors is done, the description of the placements is documented, ad placements are prioritised and agreed with the publisher's producer, the backlog is filled by two to three iterations, and the infrastructure for ab-tests is ready, it is time to get down to implementing the technical part.