Appquantum break down the successes of the game. 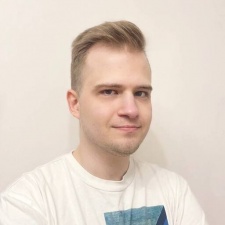 This article was written by Appquantum game designer Artyom Bereza, and edited by game designer Oleg Lomakov, who also assisted with the material.

Today, Codigames is one of the most successful companies in the idle tycoon market of mobile games that regularly experiment with various settings and contents in their games.

This article is dedicated to the latest project of Codigames — Dinosaur Park - Jurassic Tycoon.

Since the launch of its early version 0.9.1, the game had been modified many times before version 1.9.5 was finally released worldwide.

A brief introduction to the project

Dinosaur Park - Jurassic Tycoon — is an Idle Tycoon-like simulator game taking place in a dinosaur park where players organise expeditions to find new species, look after creatures in enclosures, carry out research, develop their park and maintain a flow of visitors. Gameplay is based on typical mechanics, well-known among Tycoon-simulator players: constructing and upgrading buildings, and managing resources and finances.

However, we can also notice some unusual and even experimental solutions here.

Speaking about other Codigames projects, some similar mechanics can be traced in all their games. And Dinosaur Park is no exception.

In such games, players can earn money by producing and selling products. In Codigames projects, the process of making money revolves around people. All the earning facilities here can be improved with the help of visitors.

Typically, in such games, there is a steady algorithm to upgrade your facilities: a player presses an upgrade button, pays an amount in the soft currency, and then gets more soft currency per minute. Here the process is gradual — after completing a certain pool of improvements, an earning facilities’ rank gets upgraded. After the progress bar is updated, a player gets a new pool of upgrades. This benefits mainly the visualisation rather than the gameplay process by giving a stronger sense of achieving a new level. A similar system can be seen in Law Empire Tycoon and Idle Supermarket Tycoon.

Some Codigames projects have a special menu where players can improve a certain characteristic without upgrading their earning facilities. For this purpose, either soft currency or hard currency is used.

What's new in the genre?

Some game elements can easily be called experimental. We will observe those that we consider the most interesting.

Law Empire Tycoon — another project by Codigames, also contains this mechanic - the maximum amount of money a player can earn in the game. After reaching this limit, a player has two options: either to spend money ASAP, or to upgrade Money Vault — a special building for the maximum amount of soft currency earned.

An established money limit is a rare case in Tycoon-simulators. Mainly it is done indirectly.

Apparently, by doing that, the developers make players return to the game more often, so they don't lose their profit.

Several improvements in the laboratory section increase bonuses for viewing ads, e.g. a soft currency placement and a visitor placement will give you more soft currency and increase the number of visitors, respectively.

That seems like a clever move. Players are already used to clicking on the “watch ad” button, and there is no need for extra explanation. While adding additional bonuses for watching may attract more attention to placements. Advertising becomes a link in the chain and a part of the game mechanics.

We’ve already described Codigames’ ranking system for upgrading buildings. The developers decided to make this process slightly more complicated this time: after completing a certain pool of improvements, “completion” of an earning facility becomes available. It costs a certain amount of in-game money and takes some time, providing a place for an additional monetisation point through advertising placement to accelerate the process.

Also, to get certain ranks for a building, you need to conduct research in the Laboratory menu. Naturally, it also takes time and costs money.

Besides quests typical for the genre, the game now has Objectives. These special quests require a player to complete several regular quests. For beating this Objective, players get an exclusive dinosaur, significantly increasing their profit.

The game had been significantly changed before it finally went global.

Major changes have been made to facilitate the gameplay. The old gameplay might have seemed too confusing and complicated for the casual players who constitute most of the audience in Tycoon simulators.

There is a strong possibility that the developers faced the problem of the game having poor metrics during the acquisition of traffic. For this reason, some aspects of the game were modified, and some were completely cut out.

The expeditions mechanic used to be more complex: the player had to unlock areas with new dinosaurs and assign a team to participate in the expedition. New areas were supposed to get unlocked with a special currency that could only be earned by catching dinosaurs of a certain size.

Demonstration of a caught dinosaur

Now, after opening the expedition section, players simply choose how many dinosaurs they need to find. The more dinosaurs a player wants to catch, the longer an expedition lasts. The size of a caught dinosaur now only increases the earnings of soft currency.

The developers redistributed trees of changes — many points were moved to other sections. They also removed the upgrades trees, which influenced the mechanics that had been cut from the game earlier. Such a fate befell the improvement of expedition members, for example.

In earlier versions, dinosaurs used to be characters rather than just a decoration obtained to get profit. The player had to monitor their condition carefully, feeding them on time and in the right amount. Otherwise, dinosaurs would die.

And even if a player were doing everything correctly, eventually, a dinosaur would get older and die, and his bones would go on display in the Museum, making more profit for the park.

Now there are neither death nor museums.

A player simply needs to upgrade the feeder for dinosaurs so that the toothy friends won't run out of food. And even if they do, we doubt that it will affect the game in any way.

In addition, dinosaurs that you no longer need can be left in storage or let go (be sold)

What we got in the end

Today the developers have decided on a more convenient variant of their Tycoon-simulator. The gaming process is now more or less similar to the ones we see in other projects: players turn to casual games to experience some positive emotions. Such games don’t take anything from a player. On the contrary, in Tycoon-simulators, numbers are constantly growing, bonuses are always increasing, and the game is continuously complimenting the player.

This makes the removal of some mechanics seem perfectly reasonable. Imagine a player spending time capturing, feeding, and looking after a dinosaur to see it eventually die. No one would ever want to see the creature you'd been taking care of die, even if that’s just a pixel dinosaur in a pixel theme park.

In other words, this mechanic might have negatively affected an emotional state of a player.

Not to mention that this system was obviously overloading the cycle.

We had an impression that the developers had no intention of releasing the original idea.

If you look closely at all the changes, it seems that Dinosaur Park was supposed to be a testing ground for many mechanics and solutions, to delete those that turned out to be less convenient.

Therefore, keeping an eye on this game will be especially interesting — there are probably more experiments ahead. Although playing this game may be pretty pleasant even now.

It’s hard to say whether the game will become a hit like Prison Empire Tycoon. However, based on the first month's numbers, the project seems quite promising.

How innovation and iteration has transformed Survivor.io