But half are still on Jelly Bean 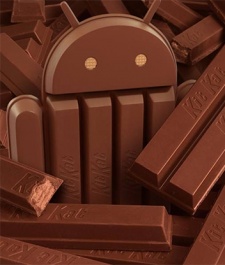 Adoption of Android 4.4 – better known as KitKat – has hit 30 percent according to the latest stats released by Google, though Jelly Bean remains firmly in top spot.

That represents a jump of more than 5 percent since September.

Numbers published on Google's developer blog have KitKat on a share of 30.2 percent to be exact, with Jelly Bean accounting for 50.9 percent – 4.1.x leading the Jelly Bean pack on 22.8 percent.

Older version of Android continue to lose share, as you'd expect, with the now three year-old Ice Cream Sandwich falling to 8.5 percent and 2010's Gingerbread accounting for just under 10 percent.

KitKat's successor - Android 5.0, also known as Lollipop - has just gone live via Google's latest tablet the Nexus 9 and will be rolled out to compatiable devices in the coming days.

And according to app analytics company Fiksu, Apple is now experiencing its first taste of OS fragmentation too, with iOS 8 finally being installed on more than 50 percent of devices 48 days after the new OS was released.