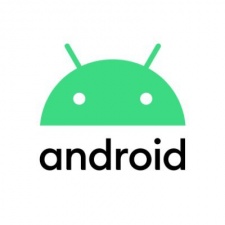 An incoming update to Android devices will mean that apps will need to update their apps within two years of the latest Android OS release to be available to users.

Currently, Google requires that new apps and app updates target an Android API level within one year of the latest major Android OS version in order to be published on Google Play.

The changes will come into effect from November 1 2022 and will require apps to target an API level within two years of the latest release of Android OS.

Apps that do not adhere to the new changes will not be discoverable or available to new users on Google Play on devices that run Android OS versions that are higher than the app’s target API level.

Google has stated that the reason for the change is to protect Android users from downloading apps that do not have the latest security and privacy features.

"Users with the latest devices or those who are fully caught up on Android updates expect to realise the full potential of all the privacy and security protections Android has to offer," said Android director of product management Krish Vitaldevara via a recent blog post.

"Expanding our target level API requirements will protect users from installing older apps that may not have these protections in place."

Vialdevara stated that the majority of apps on Google Play already abide by the new standards and that the firm will notify developers that are not up to the upcoming standards of the changes before they are implemented.

However, users that have previously installed older apps from Google Play will still be able to discover, re-install, and use the app on any device that operates an OS version that the app supports.

Last month, Utomik revealed that it will bring over 1,000 games from PC to Android through cloud gaming and will allow users to switch between devices and continue gameplay.