Mobile games must do more to interact with users and manage their reputation, says AppFollow 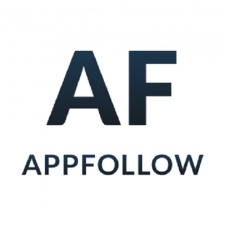 App review management and ASO platform AppFollow has released its findings from a report into app marketplace interactions.

The report, titled Reputation Management for Mobile Apps: Rating and Reviews in 2021, suggests that developers and publishers need to do more to manage their reputation and interact with users in reviews.

The report states that as a category, 'gaming', has "plenty of satisfied users" who leave high star reviews, however, these reviews do not receive written responses.

AppFollow suggests that this highlights a "disconnection" between companies and users, which in turn contributes to the high churn rates in the industry. With 94 per cent of consumers reading reviews and ratings before downloading an app, this is a vital step in the onboarding process.

On the Play Store, gaming receives the lowest review response rate of all categories in the report, at only 8 per cent. However, gaming has higher than average ratings by stars and reviews, at 4.3 and 4.0 respectively.

Additionally, support from gaming apps takes the longest of all categories, with an average of 2.1 days before support is provided.

On the App Store, the gaming category falls behind other categories with regard to the number of star ratings, with AppFollow suggesting that it may not have as big a reach as it does on the Play Store.

It’s no surprise that if customers aren’t feeling heard or seen, they will lose their connection to the brand and, therefore, uninstall the app.

The report details that the App Store demographic is typically 35 years or older and are less likely to engage highly with mobile games.

Nonetheless, gaming is the category with the largest consumer spend on both the App Store and Google Play, at 65 per cent and 80 per cent respectively, with the overall spending significantly higher on the App Store.

"2020, and 2021 so far, have been defining years for many apps and categories in the app stores," said AppFollow founder and CEO Anatoly Sharifulin.

"Now more than ever, consumers are looking to friends and families for recommendations on what brands and services to use. With this comes the increased importance of reviews, and the future of apps is limitless if brands can understand the needs and wants of consumers.

"With 39.9 per cent of people uninstalling apps due to lack of use, it’s no surprise that if customers aren’t feeling heard or seen, they will lose their connection to the brand and, therefore, uninstall the app."

In addition to gaming, AppFollow also analysed an array of categories, including entertainment, lifestyle, finance, shopping, and more.

You can read the full AppFollow report into reputation management here.

How to keep players in your game via app reviews