Dataseat will continue as an independent entity 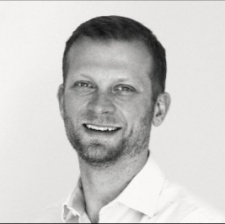 Verve Group has acquired mobile DSP Dataseat for an undisclosed sum, with all 25 of the company’s existing employees, including David Philippson and Paul Hayton, joining the company.

This expands the Verve Group team to more than 450 employees, ad exchanger reports.

Verve Group co-CEO Ionut Ciobotaru cites privacy as one reason behind the acquisition. This has long been a concern for the company, which has developed the "Anonymous Targeting on Mobile" (ATOM) solution, using on-device data rather than identity-based targeting to acquire users. The company also acquired contextual targeting company Beemray in 2021.

"The future is less about identity and more about group measurements," said Ciobotaru.

Philippson has cited Verve Group’s large software developer kit (SDK) install base as part of the reason Dataseat has joined the Verve Group. As consumers become more concerned about privacy, publishers are being pushed by Mobile DSPs to integrate their SDKs.

He added: "It used to be that whoever had the most data would win even if they had suboptimal creative, because you knew exactly what a person likes, so the creative didn’t matter as much, but if you don’t know anything about the individual, creative becomes very important, and if you have control of the SDK you have ultimate control over the creative."

Following the acquisition, Dataseat will continue to operate independently, serving the greater app market as opposed to a single publisher.

Last month, we reported that up to a third of app businesses may close in the wake of upcoming regulations changes regarding advertising and privacy.

Updated: what crucial lessons can Microsoft and Sony take from mobile for in-game ads?