The search for mobile gaming at Coachella 2014 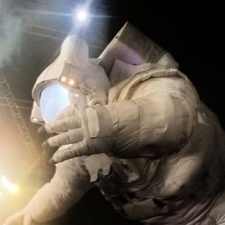 It's boom times for the music festival circuit in North America with top shows selling out in record time and record numbers.

San Francisco's Outside Lands sold out in less than 24 hours, and Coachella in just 20 minutes for general admission tickets.

With hundreds of thousands attending, all with their cell phones, these festivals should be the next frontier for game brands to engage with fans.

Pocket Gamer checked out the emerging mobile gaming scene at SXSW (read more here) and then headed into the California desert for the world-renowned Coachella Valley Music & Arts Festival to see what opportunities exist for publishers and developers.

Rave pioneer, Gregg Gillis of Girl Talk, well-known for his stand on fair use of mashups, shared thoughts on the festival phenomenon, how culture is becoming more connected, and where gaming might fit in.

"The reason why Coachella is so great is that it's just so highly curated, all the artists are here in one place with time to spend together," he said.

When asked if anything has changed since he appeared in the 2008 film, RiP: A Remix Manifesto, Gillis explained, "Well copyright law hasn't changed, but culture has evolved and now that we're all more connected, there are more artists supporting music sampling and the right to free expression."

When asked how he uses mobile, Gillis replied that he follows his favorite rappers on Twitter like Soulja Boy, Busta Rhymes and Freeway, but admittedly doesn't game.

In speaking with Yasmine Yousaf of Krewella, the EDM trio who headlined Machinima's E3 2013 party, on whether she gamed, she replied, "I do - Call of Duty." But no mobile games have yet hooked either Yasmine or her sister, Krewella's Jahan Yousaf.

Where the potential lies

Aside from Global Inheritance's solar arcade of 8-bit knockoffs like NO IMPACT-MAN and URBAN FROGGER, none of the Coachella sponsors in 2014 were even remotely related to gaming.

Power and connectivity were an issue on both the festival grounds and campgrounds, and most festival goers seemed to be using their phones only for selfies and social media, not gaming.

Any publisher of games (particularly musical mobile ones) seeking to connect and reward fans in an amenity-rich environment could do well on the festival circuit, but perhaps what's keeping gaming away from Coachella is the limited availability and premium pricing of the sponsorships, rumored to be in the millions.

Coachella is one of the highest grossing festivals in the world and as such has been able to keep the number of sponsorships to a minimum. With onsite activations estimated in the thousands, it's possible that the ROI is just not in line with traditional mobile gaming metrics.

A matter of time?

That said, with the mobile gaming industry generating more money than film, tv and music combined, it's only a matter of time before some huge game launch takes the plunge. It's good to know there's still so much unchartered territory to conquer.

To see all the fun that was had, check out the Coachella photo gallery of Pocket Gamer's photographer, Jon Malloy.

U should not spend money playing