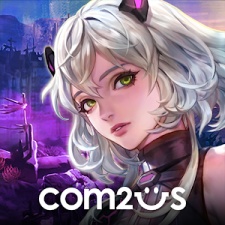 Maxon Pugovsky is a mobile games producer at Gameloft, living in Saigon, Vietnam.

In such a world of plenty, many notable releases can slip under the radar, hence this regular list, highlighting the most interesting releases over the past month.

Curated by Maxon Pugovsky, this is an edited version from his newsletter on mobile games.

You can also check out the list for previous months here.

4X fantasy strategy with heroes similar to Rise of Kingdoms. From Chinese creators of Lords Mobile.

RPG/Fighting with a deck-based combat from California-based developers. License for real-world wrestling stars is included.

RPG and city-building strategy combination in zombie apocalypse setting. From the publisher focused on Middle-East market.

The classic is back with a PvP mode and extended meta. The first Fruit Ninja was released on iOS in April 2010.

WW2-themed 4X strategy with real-time controls of troops. From Chinese company behind top-grossing Rise of Kingdoms and AFK Arena. Android version out now; iOS is expected on January 19.

Shoot’em up in Star Wars universe from Korean publisher. Looks like the game is licensed for a limited number of countries and won’t be released globally.

Basketball arcade sim with 3v3 matches based on anime by Toei Animation. Over 1M downloads on Google Play.

Send trucks to deliver goods and hire drivers. The game is developed by Hong Kong-registered company, specialized in branded games, for Beyond Infinity, German manufacturer of electrical ride on cars for children.

Iconic turn-based tactical strategy comes to iOS, including all DLC packs. Only on iOS.

Construct bridges and traps to escape hordes of zombies and meet chracters from the famous franchise. Simultaneous release on PC and consoles.

Survival-crating in 2D open world. Popular indie game from Argentinian studio released on Steam in April 2019 to very positive reviews. Only on iOS.

Action RPG about shopkeeper, who is adventuring in dungeons by night. Indie hit available on Steam since May 2018 to very positive reviews. Only on iOS.

Sports manager simulator is back on shelves every year.

Adventure about teenager in Northern Norway, who possesses a magical bracelet. Also released on PC and Nintendo Switch in September 2020. Only on iOS.

BEST OF THE REST

Idle cars tycoon with arcade racing. From Finish studio behind hit Hill Climb Racing series, which generated over 1B downloads.

Real-time PvP fighting, where you enter the battle with a team of 3 fighters. Games in Shadow Fight series from Russian publisher Nekki were downloaded 500M times.

iOS release of survival crafting game in Nordic setting from Russian studio. Android version was available since May 2019. Last Day on Earth: Survival from Kefir was downloaded 50M+ times on Google Play.

Fantasy open-world MMORPG with autoplay and flying from Chinese publisher.

Match3 with a fashion inspired narrative meta: “Make Up! Dress up! Renovate!”. A debut game by American studio from Palo Alto, California.

Base building war strategy following Clash of Clans steps, but in a vivid scifi art-direction. Latvian studio worked on the game for 5 years. The main character is played by UFC star Conor McGregor.

Match-3 with a winning formula for meta-game: you are the host of renovation TV show. Developed by Indian studio behind Spongebob Krusty Cook-Off released in partnership with Tilting Point.

Yet another Archero follower. From publisher of Pictoword and Snake.io.

RTS in Clash Royale style. Debut game from a German studio based in Berlin.

Match-3 in a farming setting is closing down in the end of January. The game didn’t make it through soft launch stage. Purchased hard currency is transferable to other Supercell game.