An inside look at the company's development process 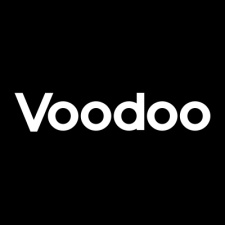 When you think of Hyper-Casual games, you're probably thinking of something from Voodoo. With over 100 games launched and over 3.7 billion downloads across its portfolio, it's safe to say the publisher knows a thing or two about the genre.

But what exactly has gone into making these games as successful as they are? Is there any way to simply boil down "The Voodoo Approach"?

To answer these questions and more, we spoke to publishing manager Alexander Shea and studio head Simon Hill about what goes into developing, publishing, and maintaining a Voodoo hit.

As much as Voodoo likes to get its hands dirty when supporting the development of a game, it first of all needs a game to work on - and that means partnering with the right studio.

"Voodoo as a publisher has built a platform to help us work with everybody that wants to work with us," says Shea, explaining that this allows smaller, lesser-known developers without a track record to grow and improve their games with tools like free test campaigns and shared knowledge from the experts at the team.

For developers with a proven track record, Voodoo asks a few questions - are these ideas original, and is the idea executed to a high-quality?

And the publisher isn't just looking for a game to partner on - it looks at the studio as a whole, and aims to make a long-term partnership with them.

"We really think that many of our big successes with studios come as a result of months of work alongside a publishing manager, with the platform, with the learnings, conversations that spark ideas or that spark pivots, and advising on where to invest your time," explains Shea.

As for actually developing the game, Hill believes it all boils down to one thing - is the game actually fun?

"You can have the most beautifully polished system which everyone loves and wants to come back to constantly, but without that moment-to-moment feeling of solidity and fun, you just cannot make a game work," he explains.

To make it slightly more psychological, Voodoo focuses on "system one" of the brain - the part of your brain that doesn't need to have things explained or seriously focus on everything it does.

"Unless you have that really strong, resonant feeling of 'system one', you will have trouble with your day one retention," says Hill.

But that doesn't just mean having an incredibly simple game - Hill points out that a game like Clash Royale, while generally considered quite a deep and strategic game, hits the 'system one' part of the brain thanks to the simplicity of dragging and dropping a card on the field and watching characters fight each other.

Finding that fun happens during the prototyping phase, which can take only a few days. Hill describes these prototypes as "basically a toy that's playable internally, something we're all satisified and happy with.

"At this point it's going to look super janky, it's probably just made with Unity Asset Store assets, it's just that interaction we were talking about, nothing else really, and seeing whether that's fun."

Once the fun has been found and a team, such as the one Hill leads in London, has gathered around it, another two-to-four weeks will be spent working on and improving the game until it's in a releasable state.

With the game ready to go, it will typically be launched on iOS in the US, with some marketing done to draw in players. And from there, it's time to look at the data.

From Hill's perspective, there are three KPIs that are hugely important - D1 retention, D7 retention, and CPI. But for Shea, while these data points are good to track, sometimes you need to look beyond the KPIs.

"We've become very flexible with KPIs, because KPIs have surprised us over and over again," he says.

"We look at other metrics like playtime, CPI is very important of course - we tend to look below 20 cents at launch."

If all the initial signs look good, the game moves into a testing phase, with A/B tests and trialling new mechanics in the game. This process can take months of work, but it's here that the true potential of a game can be uncovered.

This isn't just making changes to small values in the code, either. As Hill points out, "day-one retention is famously almost impossible to change," especially when you're only making incremental changes to the game instead of introducing whole new mechanics.

To give an example, Hill points to Aquapark.io, developed by Cassette, which wasn't hitting the right day-one retention after its initial launch, despite it being a strong idea for a game.

I think that is a really, really healthy process, using your old games as the compost to grow something new

"So they put in a completely new mechanic," says Hill, "which was, when you got to the edge of the slide, you just jumped off and flew through the air. And you could fly through the air and land on a piece of track far, far below you, and skip huge portions of the race. A dramatic, game-breaking change, really. And that turned that game from a fun racer into a truly extraordinary game."

But smaller changes can help too. Roller Splat changed the player character from a roller to a ball, and saw "a huge effect on day-one retention."

Knowing what to change is more of a "gut-feeling", however, than just looking at the raw data, but Voodoo's experience with hypercasual titles means that the publishing managers already have a pretty good idea of what's going to work.

"In reality, the whole cycle, from conception to full release of a game, should be happening within three-to-four months normally," notes Hill.

"But it's so game dependent - the key part of that process is getting the idea realised and getting it out as soon as possible, which should really be inside a month."

Launching a game isn't the end of the process, of course. Once it's out in the wild, developers will continue to improve on their creations, all while Voodoo handles the marketing side of things to ensure players continue to find the game.

"When a studio's delivered a compelling game, we take care of everything on the marketing side," says Shea.

"Our scope is larger than that. We also help and work on the product as well, but we definitely take care of all of the marketing work. So we will prepare the creatives for the game, we will take care of the ad networks and how we scale on the game on which channel, which country. All that stuff is taken care of by the publishing offering and the marketing team.

"The differentiating factor at Voodoo is, we also get our hands in the actual code, and we will help the studios very closely on the product-side itself, and on the A/B test."

Unfortunately, no matter how much testing and revamping a developer does on a game, sometimes it reaches a point where the team needs to move on to the next thing.

But that isn't Voodoo's decision to make. Yes, the publisher will offer their insights into a game's performance and what the studio should do next, but it won't make the call on the team's behalf.

"If they're making a fair chunk on a live game that was launched a month ago, yes, they will be working on it, probably for another couple of months," notes Shea.

"But a few months in, if we can see that the improvements in LTV of the game isn't moving so much, and the effort put in by the studio is too substantial, then we will be proactive in advising the studio into moving on to the next idea. All the while, we can continue monetising a game without having a studio working on it.

"We need to make sure that we're advising them very well on where to spend their resources, and sometimes that means moving on to the next prototype and the next game."

"I think that is a really, really healthy process, using your old games as the compost to grow something new. I think people don't do it enough, and I think that's a very, very strong lesson that Voodoo have taken."

Whether a game is a hit or not, Voodoo still wants to maintain relationships with its partner studios so that they can ensure the next game has the best chance possible of hitting the big time. And for Shea, that relationship is all about trust.

"The relationship is really built on mutual trust and admiration, in a sense. We're repeatedly surprised by our top studios and the brilliant games they come up with. The creativity and the execution behind those games is often remarkable," he says.

"The reason studios come back to us is that we're fortunate to have a great track record of success in Hyper-Casual, and studios often will come back to the conversation to bounce off ideas, to bounce off roadmaps, to really get our product feedback.

"We've been great at building trust with studios that we work with closely, and we're really working on their word getting out."

Voodoo has plenty of experience under its belt, and it clearly has its processes pretty well worked out by now. But its approach is never fully locked-in - there's always room to expand and evolve.

"The key driving question is, what do our studios need? And because that changes with time, we also change a lot. Whether it's, what contract makes sense for them, what do they need financially, or it could be, what kind of feedback do they need, what are the KPIs we should be looking at based on where the market is right now.

And it's not just the publishing side that is set to see change. Voodoo's London studio is also exploring the ways in which its games will evolve into deeper experiences that provide more for players to keep coming back to.

"With Hyper-Casual, the natural progression is much more into making it so that the gameplay feels like, after I've played this experience a load of times, I haven't just completely exhausted that game," says Hill.

"Trying to keep that feeling of, every game should be validated as a fun experience on its own, and then putting a layer around it which feels like the correct metagame for that kind of game - I don't think there's many examples of this that exist on the App Store at the moment.

"What I would like it to feel like is, the Hyper-Casual game opens up and becomes this, social and multiplayer feeling and experience, where everybody's phone is just a window into that world and that game, rather than a load of isolated people playing hypercasual."