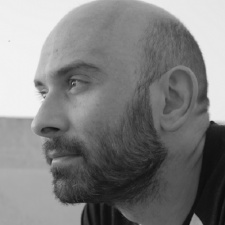 Experienced Co-Founder with a demonstrated history of working in the computer games industry. Skilled in Operations Management, PHP, International Business, Pricing Strategy, and Microsoft Access. Strong entrepreneurship professional with a Bachelor’s Degree focused in Electrical Engineering from University of Illinois at Urbana-Champaign.

Tarek Mongy is an independent game developer based in Egypt.

Responsible for hypercasual hit Run of Life, Mongy spoke to PocketGamer.biz about his discovery of hypercasual games and experience working with Voodoo.

PocketGamer.biz: How did you first get started?

Tarek Mongy: I’ve loved playing videogames ever since I was a kid, so when the iPhone came along and the mobile gaming world started coming together, I was fascinated by all the new possibilities in that space.

That interest in the world of games came to a head in 2011, when I finally caved in and decided to teach myself how to make games. Only a year later, I launched my first mobile game on the App store.

The first games I made were created through Cocos2D, then eventually moved to Unity and 3D games where I develop my current titles.

Before I transitioned into making hypercasual games, it would take around a year to create a single game, which is a lot of investment and pressure to make every game a success.

In my early days creating games, the idea of fast prototyping and creating a playable game in a couple of weeks was very new to me, but I was very interested in trying it out.

Once I got started, I quickly realized that I enjoyed the rapid process of developing hypercasual titles, compared to the long drawn out time investment required for other genres.

I quickly realized that I enjoyed the rapid process of developing hypercasual titles.

With hypercasual development, I was able to see a game come to life in a very short span of time. It was really cool to have something tangible so fast and to receive almost immediate feedback on its market potential via testing.

This made it easier to decide whether or not to move on to the next idea. It also meant that I never got bored with what I was working on because it was always something new to jump into. I also loved the unlimited possibilities for ideas in the hypercasual space and found that you can basically get inspiration anywhere!

I was first approached by Voodoo in 2019 to partner with them and to start testing prototypes on their platform. Prior to that, I actually hadn’t worked on hypercasual games, so it was all quite new to me.

One of the things I found most helpful when I first joined was their resources and learning materials. I must have read and watched every single one of Voodoo’s articles and videos to soak up all the information.

From the outside looking in, hypercasual games can appear to be very simple to create, and initially, I arrogantly assumed that making a hit hypercasual game would be pretty easy! But I found out the hard way that this wasn’t the case. It took quite a bit of learning, improving from mistakes, patience and humility to get a grasp of what works and what doesn’t.

Being able to test game after game with Voodoo and receive solid data has been an invaluable source of learning for me.

As a developer, having reliable data and feedback as well as the space to focus on the creative aspect of game development has been awesome.

Also, having a dedicated publishing manager (PM) that I can reach out to at any time and discuss ideas with has been great. My PM, Jill Keshyap, has been a huge help to me.

For Run of Life, my first published game with Voodoo, it was apparent from the early prototype that there was potential in terms of retention and cost per install (CPI).

With Jill’s help and encouragement, we iterated and A/B tested many new features to bring the game to a launchable state. That dynamic and the ability to bounce ideas off of each other was a really important part of being able to create a hit.

In the process of launching Run of Life, I also had the opportunity to work with Voodoo’s launch ops and marketing teams. I found having access to these wonderful groups of people extremely valuable and from my personal experience, also very positive. The former helped with everything from cleaning up code, adding features, as well as taking the time to teach me how to use versioning control and setting up a Git repository.

The latter came up with so many creative video ideas that we used to advertise the game; going as far as editing the game and adding features just to create more engaging videos. In fact, one of the ideas they came up with for a video worked so well that we ended up adding it to the actual game, which had a very positive impact on the game’s key performance indicators (KPIs).

And so even though it’s a lot of work, I very much felt like I had a supportive and knowledgeable team behind me every step of the way. This was especially important to me as a solo developer getting to grips with hypercasual.

As a gamer, I had to remove myself from the player mindset to be able to view the potential of the prototypes objectively.

Besides the launch process being a positive experience, I personally found the live streams that Voodoo publishes discussing case studies of successful hits very helpful. Going into all the relevant details really helped me get a better grasp of what it takes to make successful hypercasual games.

I feel like I’ve come a long way since my first prototype with Voodoo, and learned a lot about the hypercasual space.

Working with Voodoo has completely changed my business’s focus as I am now exclusively working on hypercasual games.

What do you think the key is to making a successful hypercasual game?

I think a successful hypercasual game must be simple and engaging at the same time.

But striking that balance isn’t as simple as it sounds! One of the first things I ask myself is - if someone comes across a video of the game - can they totally understand everything happening on the screen without any explanation?

If so, that’s a good indication the game might have a low CPI.

Another key point for me is having a big reward for small player inputs.

In most hit hypercasual games a lot of events can happen on the screen such as stacking, transforming, multiplying, cutting or destroying objects with minimal and simple player inputs. This gives the player the incentive to keep engaging with the title as well as a sense of enjoyment, without them necessarily having to be very skilled.

Also, keep in mind when making hypercasual games, the target audience is very different from other genres. As a gamer, I had to remove myself from the player mindset to be able to view the potential of the prototypes objectively.

The hypercasual audience are not necessarily gamers themselves and for some, this could be the first game they’ve ever engaged with. The very best hypercasual games are those that are relatable across age groups, gender, culture and gaming experience, and are accessible to virtually anyone!

You never know if an idea will work or not until you test it and have the data to prove it.

Finally, it’s important to follow the trends in the industry but to also be careful not to limit yourself by only mimicking what you’re seeing on the charts.

It’s good to have an understanding of what works and what doesn’t, but still allow yourself to think outside of that box. Some of the most successful games have been ones to create new trends by making something totally new.

Testing is everything! Within development, I’ve experienced so many occasions where I have a clash between what I believe versus what the truth actually is.

You never know if an idea will work or not until you test it and have the data to prove it.

This is something I actually love about the hypercasual space; everything is data-driven. It’s never about what a single person thinks (either the developer or the publisher), it’s about the data. Having come from an engineering background myself, this scientific mindset really speaks to me.

I plan on continuing my hypercasual development journey, testing new prototypes, learning from them, and testing again!

I look forward to finding the next hit along the way and reminding myself how much I learn from every prototype; the good, the bad and the ugly. I tested close to 20 prototypes before Run of Life, and every one cumulatively added to my skillset and assets.

In the end, nothing was wasted, and I look forward to keeping this trend going!

Check out more of Tarek's games via his website.