We're putting our list together, and we need your help 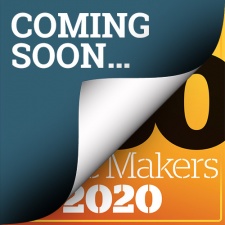 Summer has started, and that can mean only one thing - it's time for the PocketGamer.biz team to sit down and start talking about which developers and publishers belong on the Top 50 Mobile Game Makers list for 2020.

It's been a strange 12 months, but mobile gaming has seen huge growth and change regardless, so we're looking forward to celebrating the best in the business with our list of the top game makers.

But with so many deserving studios out there, we need a bit of help sorting through them all, and that's where you come in. We're opening up to you, our readers in the industry, to tell us who you think deserves to be on the top 50 list in a few months time.

We're looking for developers and publishers who have had a strong financial performance, have released some quality games, or have made a significant impact in the industry over the last 12 months to be considered for our list.

And to be clear, we're only looking for companies directly involved in the making and releasing of games. This isn't for tool providers, engine makers, ad networks, or other middleware companies.

So, know a studio that you think deserves to be a recognised member of the PocketGamer.biz Top 50 Mobile Game Makers 2020 list? Then let us know using the form below (or click here if you prefer).

We'll be accepting submissions for the next few weeks as we put together our longlist, before taking all we know and coming up with the final 50 ahead of the list's launch in August 2020.

And to all you wonderful developers and publishers out there, make sure to check back in a couple of months to see if you made it on our list!