Lots of potential for growth 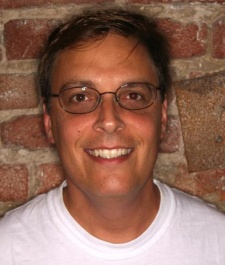 February 23rd, 2010 - 05:41pm
By Jon Jordan, Contributing Editor
As the news concerning ngmoco's purchase of Freeverse is digested by the mobile gaming industry, it's been interesting to gauge the reaction of various parts of the community.

Brian Greenstone is someone with a particular angle on the situation given that he's the president and CEO of Pangea Software, perhaps the closest iPhone developer to Freeverse in terms of attitude, history and friendship too.

Both companies formed in the 1990s, developing and publishing games for the niche Mac platform before finding success - right place the right time - as iPhone and the App Store bloomed.

Which is why we were interested to get his take on the situation.

Pocket Gamer: Do you think the deal makes sense for ngmoco?

Brian Greenstone: Yes, definitely. I think ngmoco got a good deal because Freeverse is clearly a leading developer with a lot of potential for growth.

Are you surprised ngmoco has raised $40 million in funding?

That sounds about right to me considering its prominence.

Had we been in better economic times I wouldn't have even been surprised if it had raised twice that. Ngmoco's really poised to grow into a major player in the global video game scene, especially as the big heavy stalwarts of the industry start to topple over from their own weight.

Do you think the deal has wider significance in terms of the rise of the freemium model?

The more major companies that use that model, the more consumers will come to expect it. That could be bad for developers doing the regular paid app model, but we'll have to see how it goes. Not all games make sense as in-app purchase content.

What do you think will be the power of the combined company?

It should be pretty significant since both are leaders in the iPhone space right now.

I'm actually kinda bummed to see Freeverse absorbed because I've known those guys for many years and they're a great bunch of people and often when companies get taken over by the mothership they're never the same.

But good for them! I wonder if they'd want to buy Pangea?

Thanks to Brian for his time.

You can read further analysis of why the deal is good for Freeverse and ngmoco here.

That was the year that was: Brian Greenstone, Pangea Software