Freeverse's Morrison: iPad is the future but iPhone is still king 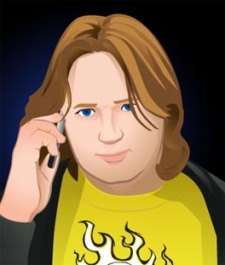 April 23rd, 2010 - 03:33pm
By Jon Jordan, Contributing Editor
With the iPad's launch moving from our short-term to our medium term memory, it's time to catch up with some of the developers who released the first wave of games for Apple's wonder device.

US publisher and developer Freeverse was quick off the mark with new space game Warpgate HD, plus versions of existing iPhone games NBA Basketball and Flick Fishing.

Pocket Gamer: How long did you take developing your iPad games?

Bruce Morrison: It only took a month.

How have sales compared to your expectations?

Sales have been pretty much what is expected of a new device. In some senses, iPad is a new market.

Have you been surprised so many iPad games have been versions of existing iPhone games?

Nope. It makes sense that people need to see how users will interact and use this device, and what the market will become, before developing anything specific for the iPad.

In comparison, iPhone is a known quantity, and so people want to see how what they know translates to the new device.

Has the iPad launch changed your views about future iPhone games?

Very little thus far. The iPhone is still king in this arena.

Going forward, do you expect to make future games universal apps or will iPad evolve into its own platform?

Again, this is hard to say because it has only been a few weeks. We expect to make universal apps.

However, we are excited about the iPad and understand the differences that it creates in terms of gameplay and what it means for users. So we are working with that in mind too.

Do you think the iPad will be primarily a game device in the way that iPod touch is?

I think it will be more of a reading and TV device.

Games are good on it, but the iPhone design is better for on the go mobile gaming. So if iPad does become a gaming device, it will be a different sort of gaming device.

What's your impression of iPad and your favourite games?

It's the honest-to-god future.

Besides Warpgate HD, my favourite game has been Plants vs. Zombies HD. I held off on buying it for iPhone in the hopes a bigger sized version was coming (at the time I was hoping for XBLA). The iPad version was just what I wanted.

Thanks to Bruce for his time

Freeverse's Morrison on turning Warpgate from paid to freemium