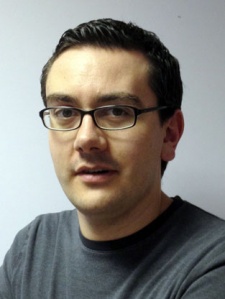 Backed by funding from the National Endowment for Science, Technology and the Arts (NESTA), AppyNation was formed as a developer-owned publisher which would offer a better service for its developer partners.

AppyNation bills itself as a revolution in games publishing, and with its first batch of titles nearing completion, we'll soon see its fruits.

To find out more, we caught up with AppyNation's digital marketing manager Robin Clarke, and bombarded him with questions.

Pocket Gamer: The App Store allows developers to self-publish their creations. What benefit can you offer mobile developers?

Robin Clarke: We see our role as a service provider to the developers.

We want to let them get on and create the games that they want to create with the assurance that were out there telling the world why they are so good, making sure theyre available to buy on lots of platforms, and engaging with people who may well want to play their games.

Obviously given our experience in mobile gaming, we can assist with the game design process, but we will always want to leave the creativity to the games developers.

How does AppyNation differ from existing iOS and mobile publishers?

Good question. Three things stand out. Firstly we are a publisher who is actually owned by developers and that ensures our DNA is geared towards their needs and mindset. This also allows us to foster an environment of collaboration and knowledge sharing which is really cool.

Secondly, we only take a minority share of the revenue, believing that the games developer should get the lions share each and every time.

Thirdly, we never ever want to own the IP. The developers we work with have worked hard to build their IP and we want them to hold it.

We will be on hand to help them monetise it of course, but in every case, its their IP now and for always. Theres no other publisher quite like us.

AppyNation has received support from Lottery-funded charity NESTA, and praise from Culture Minister Ed Vaizey. What's so important about what AppyNation does?

The kind words that Ed Vaizey has said were very flattering and the support from NESTA has been crucial. But each of the founding developers have also put their own money into AppyNation and Andy [Payne, CEO] is working for nothing to get the business moving.

We are running a very lean ship and every penny counts. But that is fine, because in digital publishing, it is all about the pennies. We all put our backing behind this because we believe there can be another way for developers to approach the digital platforms, other than going it alone as an indie or signing away their work to giant publishers.

AppyNation will help shine a way (or a number of ways) for games developers to make a good living and interact with their audience.

How did Andy Payne come to be involved in AppyNation, and what's his role in the organisation?

Andy was recruited by NESTA as a CEO to form the consortium of developers in the first place and then build the business.

He is an experienced CEO who is also open minded enough to embrace change and help the Nation get established and make it profitable.

Andy is involved in a wide variety of ventures (UKIE, Mastertronic and GamesAid to name just a few) but is devoting a huge amount of time and attention to making AppyNation a success.

Can you reveal what developers are part of AppyNation, and are you looking for more to get involved? 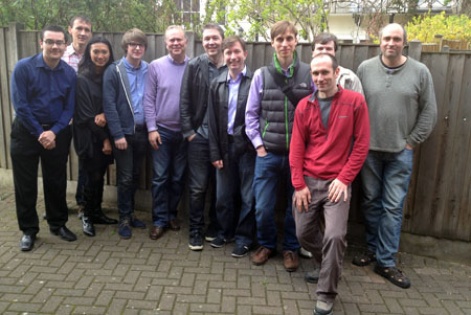 And yes, we have some equity spaces left and are keen to work with third party, independent developers too.

The AppyNation consortium consists of various developers. How do you handle disagreements and make decisions in that setup?

This is mainly Andys job. He is a supreme diplomat and has a load of experience in bringing many, often diverse people together in order to pursue a common cause.

We start from a position of trusting each other and wanting to share and co-operate with each other. There have been very few disagreements and every time we have talked through the issues enough to ensure we get consensus.

We all believe that if we spend enough time with each other, face to face, on Skype and so on, it is never time wasted and we can build a real team spirit.

Sometimes it can be a lonely life as a games developer so it is good to call up your mates and share the problems as well as the good times.

Why did you decide to get involved in the Make Something Unreal Live competition?

We are all about doing things differently, working with talent, young and older, and taking chances.

Ian Livingstone and Steve Jacksons Fighting Fantasy works have a special place in many gamers hearts, the competition was really fresh and fierce and the involvement of Epic Games and its Unreal engine and Train2Game made it even more interesting.

We cant wait to see all four of the finished games and help them get seen and get noticed.

When should we expect to see the first wave of games from AppyNation?

All six developers are on the home straight right now with their initial releases. There are three games weve already announced on our website but weve not unveiled everything just yet.

We also have the Make Something Unreal games and games from other third party devs in the pipeline so we are set fair for a busy summer!
Thanks to Robin for his time

You can find out more about AppyNation and its work here.