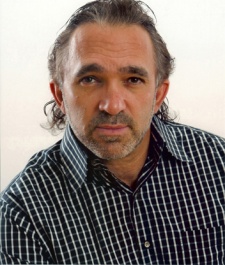 July 10th, 2012 - 10:00am
By Keith Andrew
At a time when HTML5's suitability as a platform for major mobile games is being questioned, San Francisco-based Ludei  the company behind HTML5-to-smartphone development tool CocoonJS  is putting its foot on the gas pedal.

The company has appointed Joe Monastiero  who previously co-founded one of Ludei's major competitors in the HTML5 field, appMobi - as its first company president.

Given Monastiero will handle the company's marketing and PR, it's notable that he believes HTML5's recent stumble is largely down to miscommunication.

In his view, firms such as Wooga that have encountered "roadblocks" using the language are simply unaware platforms such as Ludei's own CocoonJS successfully navigate through such obstacles.

We caught up with Monastiero for his take on how Ludei can help HTML5 regain its momentum.

Pocket Gamer: Many people previously believed HTML5 would soon become a premier games platform. Now some believe it is 5 or 10 years off being a 'viable' platform for many mobile developers. What has changed?

Joe Monastiero: There are several primary issues that revolve around HTML5 gaming - graphics performance, audio capabilities, browser APIs, a viable app store and a billing system that is viable for handling in-app payments for virtual goods.

There is also an ecosystem issue. Ad networks, analytics companies, haptics, etc tend to focus on native development and, as a result, often haven't built out their tools and platforms for the mobile web.

A year ago, companies were hoping HTML5 was the answer to help them produce alternative distribution channels to the 30 percent Apple and Google were captively offering. Then they actually tried to build some games internally and ran into the roadblocks above.

Some punted at this point, because they did not realise there were companies like Ludei that provided solutions to many of the key issues they were running into.

Why do you think Wooga took the decision to make Pocket Island open source?

I believe it was primarily a PR move.

Wooga probably reached a point in time where it realised it wasn't going to be able to deliver the app with acceptable performance and monetisation tools and the firm decided to be the Good Samaritan and pass what they had off to the world to play with.

We've delivered apps from a single codebase to both the App Store and Google Play - with complex animations and multichannel audio - that were 100 percent coded in HTML5.

My guess is that Wooga did not realise there were options to do exactly this.

Do you think it will achieve anything?

Sure. It will give companies sitting on the fence about HTML5 deployment that do not know about the viable tools, services and APIs that are available a reason to delay their migration longer.

What impact has the launch of Facebook's HTML5 games platform had on the lay of the land, if any?

Facebook carries a lot of weight with its words and people. For a period of time around Mobile World Congress, people stopped and listened to what it was saying.

After that buzz wore off, people realised that the primary issues described above still exist and Facebook cannot directly solve them.

Ultimately, if HTML5 does become the lead platform for mobile and web development, what will it do for native marketplaces like the App Store and Google Play?

I travel around the world talking to thousands of game companies and there is ubiquitous interest in alternative distribution channels. In the end, they will not continue to allow Apple and Google to collect 100 percent of the 30 percent.

There is too much money at stake and too many big companies that want a piece of it. The open mobile web will win eventually and sooner rather than later.

Of course, Apple will be the last man standing, but I do believe that alternative legitimate distribution mechanisms will begin to show their faces in the next 12 months and the one-way migration will begin in earnest.

The key here is that the solutions to the 'Wooga dilemma' exist today, but I just believe the real issue is awareness.
Thanks to Joe for his time.

You can find out more about the firm on Ludei's website.

The return of HTML5: Nickelodeon throws weight behind platform with Ludei deal

Upcoming months will be a tipping point for HTML5 gaming, says Ludei

Game performance 'sucks with HTML5, unless it is accelerated', argues Ludei's Eneko Knorr