Smashing up the competition 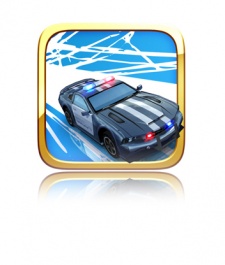 October 18th, 2012 - 01:09pm
By Keith Andrew
With mobile studios dominating the list of nominees for UK trade association TIGA's first ever awards, we decided to put the spotlight on some of the developers in the running.

Hutch is up for one award, with its action-packed Smash Cops in the running for best debut game.

We caught up with Hutch CEO Shaun Rutland to find out how the developer is taking the nomination.

Shaun Rutland: Fantastic, what a year!

Winning would be the icing on the cake for us.

We've had a stonking response to our debut game, grown the studio by 2x, are moving into a cool new office and have three games in development. We want to take a very active role in the industry help and learn from others where we can - make Britain the greatest place to develop games again.

I'd like to think yes, but, who knows. The other finalists have all done great things too.
Thanks to Shaun for his time.