Kabam: PVP success is great, but we're looking 'beyond core' gaming in 2013 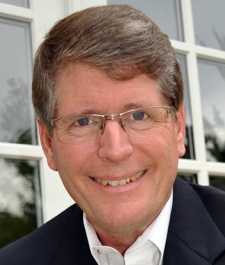 January 8th, 2013 - 04:10pm
By Jon Jordan, Contributing Editor
Given that PVP games were the biggest mobile genres of 2012, and that Kabam's player versus player title Kingdoms of Camelot one of the top grossing games of the year, it's surprising to see what the company did - and is doing - next.

With little media attention, in November it released Kabam Slots on iOS, followed by RPG puzzler Legend Four in December.

Of course, it currently also has its next big PVP game - the sci-fi themed Edgeworld - in beta in Canada, but the US-headquartered Facebook, web and mobile publisher is clearly looking to extend its business in 2013.

"This year is all about more platforms, more genres and more games," says Steve Swasey, the company's head of corporate communications.

He doesn't refer to any titles specifically, but is keen to explain Kabam's wider strategy.

What's equally significant is how the company has grown in terms of revenue during that transition. VC-funded to the tune of $125 million, it's revealed its 2011 sales of $100 million grew to more than $160 million in 2012.

Small wonder that Swasey states the company's goal is to be platform agnostic, global and extend to mobile platforms beyond iOS and Android.

"Mobile has really taken off for us and we take it seriously," he explains. "We support 13 languages and that's why 40 percent of our gamers are outside the US."

But it's the expansion of genre that's the most surprising aspect of how Kabam is approaching 2013.

"We talk about our 'core' audience, but we're now looking beyond core to other categories and that includes casual," Swasey says.

"We don't want to be locked into one genre of games. We're going to develop a broad and diverse range of games."

It's a smart move, given the mobile core/mid-core space is currently experiencing a pincer move from previously casual publishers such as Zynga and console-experienced start ups such as Industrial Toys, not to mention Facebook laggards like Kixeye.

After all, while Supercell is rightly regarded for its PVP breakout hit Clash of Clans, its reinvention of the casual farm sim Hay Day has been similarly successful.

As for Kabam's longer term plans, despite the perceived weight of obligations from its funders, Swasey says it's learned from others' experiences.

"We have a very disciplined management team. We're not making the same mistakes as other companies," he comments concerning the (none) possibility of an IPO.

"We have a consistent discipline. Our growth is sustainable and for the sake of the business five to ten years hence, not for any other reasons."