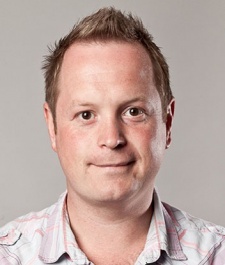 Yet because its work with LEGO is through that company's marketing department, it operates under different conditions to commercial game development; something also influenced by LEGO's careful approach to its youthful audience.

Following the conference, we caught up with Hawkyard to dig further into those topics.

Pocket Gamer: You said that your audience changed quickly from playing browser-based games to mobile apps. How quickly did this happen and how much of a surprise was it?

Mike Hawkyard: We observed the change in behaviour the first time 4T2 created a mobile game and ported it to the browser (rather than our previous approach of porting browser-designed content to mobile).

For that reason, it's hard for us to know the extent to which kids had already made the shift before this point.

The biggest surprise was the significantly higher levels of repeat plays for an app versus a web game. 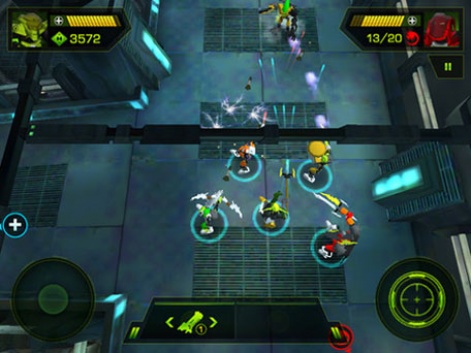 Other than being an instant reminder to play a specific game, an icon that directly launches your title removes countless opportunities to get distracted when opening a browser.

This is one of the reasons we are porting content to Windows 8 right now. Families also share tablets, so one install can directly introduce a game to several other people.

You also mentioned in your talk that apps had a better geographical spread than browser games. Why do you think that's the case?

All you need to do to deploy an app in a new territory on smart devices is select the country box when submitting the game. Localised delivery taken care of, and, if you chart, it becomes self-promoting.

Guaranteeing to launch a game in a new territory on the web usually involves payment at some point and takes additional management time. Thus with similar budgets, we've launched in more countries. 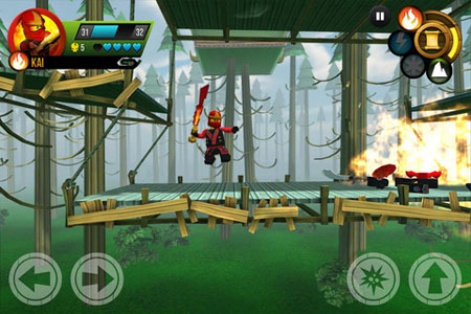 LEGO Ninjago Final Battle (above) was the #1 iPhone app in Panama last month. Random, but great.

What impact did these changes have on your future plans and how difficult was it to get LEGO's marketing department to go with them?

As a company, 4T2 have had to heavily invest to cater for these additional requirements. It's like learning to skydive - there is no middle ground - you jump or you don't.

We've made some mistakes and learnt some hard lessons. But it was a bridge we had to cross as that is where our audience is right now. Now we are beginning to see solid results and are delighted we made the commitment to change when we did.

LEGO have been fantastically supportive and eager to go the extra mile to delight their fans.

Do you think web games still have a place, if only in terms of spreading the marketing reach?

Thanks to Unity and Flash you can cost effectively publish titles to both browsers and smart devices.

Thus we'll definitely keep publishing to browsers as, like you say, it increases your reach very effectively.

While you're operating as part of marketing campaigns, why did you decide to stick to $2.99 as the maximum amount that can be spend in-game? Could you have gone higher?

We knew we wanted to give as many fans as possible the chance to purchase additional content, so we went for the lowest possible price point.

Our Combo Pack option is simply the next price bracket up to ensure it is good value over three separate purchases. Could we have gone fractionally higher? I believe we could.

Do you think all kid-focused games should have a hard limit for IAP i.e. be focused on items rather than resources?

If your game is in the Kids category on iOS or likely to attract a high proportion of children, then I believe you have an obligation to set limits.

The easiest thing to control is the top price for any single IAP. This makes it less likely that kids can spend lots in a short time frame. I personally feel the upper limit should be £10.

At the time of writing, there were only three games in the kids top 20 that went above this mark, so I am clearly not alone in this opinion. 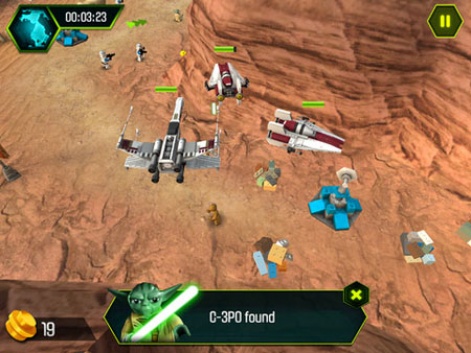 I also agree it makes sense to focus on tangible items rather than exhaustable resources. Oscar Clark suggested this might be the case for all apps at the F2P Summit, not just ones targeting children.

Do you think there's much hope of platform holders such as Apple imposing hard limits on games in the Kids category?

I've explained my position on this to TIGA and encouraged others to do the same. If there is a general consensus that something like this is a sensible idea, then I'd ask TIGA to represent our thoughts to platforms.

If platforms see any suggestion as a positive step, that helps protect their customers from negative experiences on their devices, then I am sure they will consider it.

Do you think your recent experience provides 4T2 with the opportunity to come up with your original IP for mobile platforms?

Once this is complete, we indeed hope to reserve a sensible proportion of time to creating our own IP and leveraging our recent experiences. It's an exciting time.

You can check out 4T2's activity via its website.