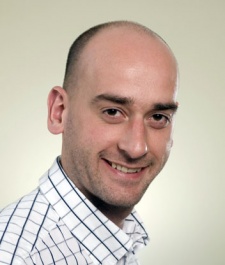 Commissioning editor for Games at Channel 4, and chairman of facial animation company Speech Graphics, Colin MacDonald has been in the games industry for over twenty years.

He worked on the Grand Theft Auto franchise at DMA Design, and Crackdown and APB at Realtime Worlds.

Colin MacDonald: Supercell: they're an inspiration to us all that you can build that value of company in such a short space of time by having incredible focus.

I think the biggest challenge is that app discoverability will become even more difficult than it is at the moment, and increasingly require traditional marketing to provide reasonable confidence of hitting the top spots in the charts.

2014 will continue to be exciting for indies, as long as they continue pushing boundaries in terms of style, content, and - probably most importantly for 2014 - platforms.

As established platforms become increasingly difficult to be successful on, indies will do well by being flexible and open-minded to new platforms; even if Tetris on my Pebble watch isn't cutting it just yet.

For UK and European developers, it's definitely Asia that's most exciting. We've had considerable success launching titles over there where the brand wasn't known at all, but has still had a massive impact.

The market is established enough for games to be properly targetted and more of those opportunities can be tapped into.

I'm hoping to find more developers that have the balance between being passionate about their product whilst also being market-savvy enough to ensure it's got huge potential.

I'd enforce a no-bullshit or politics policy on the industry if I could. We all have enough battles to fight without making up more amongst ourselves.