Oceanhorn developer tells us why he's keen for PG Connects 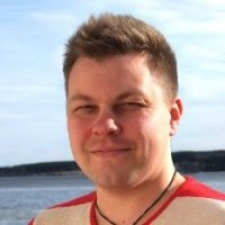 There are a few months to go before then, however, so in order to whet your appetite even more, we're throwing some of the industry's big names under the PocketGamer.biz spotlight to help you get excited about what we're offering, and find out what makes our speakers tick.

Cornfox & Bros was established in 2010 and is best known for its premium adventure game Oceanhorn: Monster of Uncharted Seas, a well reviewed title that channeled the spirit of The Legend of Zelda series as well as the 2011/2012 release, Death Rally.

Heikki Repo: There's no denying that the biggest story in the 1st quarter of this year has been the rise of Flappy Bird. It's an interesting showcase of how little you need to entertain so many, and Flappy Bird is a perfect example of the relationship between art and functionality in creating a compelling product.

Another angle to the story is the developer’s reaction to fame and fortune. Why didn't he sell the game to any of the companies that were trying to buy it? Why remove it from the App Store? The buzz around Flappy Bird would have died in couple of weeks!

As for Cornfox & Bros, 2014 has been all about reacting to the amazing reception of Oceanhorn, both from users and the industry in general. Oceanhorn showed that, in a market filled with complex freemium titles,  the premium pricing model still has a place, and you’re going to be hearing a lot more about it in 2014.

The biggest challenge and opportunity is to create a new kind of freemium experience.

Currently, the freemium model only fits a handful of genres, and many demographics are either not willing to pay, or play freemium games in the first place.

It's refreshing to see the models that are created for PC and console gaming. Some of the greatest minds of video games are not interested in developing freemium games because the element of making money with the gameplay is constantly present. For me,  games are the ultimate form of art, and current freemium models do not take the industry forward as an artistic, storytelling medium.

For me, games are the ultimate form of art, and current freemium models do not take the industry forward as an artistic, storytelling medium.

There has never been a better time for indie developers, and indie games are blossoming throughout the video game industry.

It's never been easier to start creating games and to find great markets to sell your products. Apple developer licenses cost 99 dollars, while you can download Unity for free, spend a week reading tutorials, another working on your game, and you could make the next Flappy Bird!

The thing to remember about indie developers is the fact that they are small teams, one man teams in some cases, and as a result their requirements for financial success are on a completely different level to those of a bigger firm.

We musn't forget that Indies are making money, and that they are the video game industry's creative force.

Localise your games to as many languages as you can. Localise the name of the game and even the logo for some markets - it could have surprising effect on your sales chart.

I’m looking forward to chatting with other like-minded developers. As you can from my answers, even though Cornfox & Bros is a premium game developer, I am extremely interested in discussing the future of the freemium.

Which mobile game has made the biggest influece on you, either good or bad?

Shattered Planet! It's a relatively unknown scifi-roguelike, but it has managed to keep me coming back for more. Now, the developers probably should have released it as a freemium title, because I'm not spending a dime inside the game.

Of course, it's still a great game, even if the freemium model is broken.

It might take more than 6 months, but in the relatively near future the hottest thing in mobile gaming will be virtual reality. Someone has to do it, and someone will.

Meet Heikki and other great speakers at Pocket Gamer Connects Helsinki by buying your ticket for the conference here.