Nix Hydra on 9m Egg Baby downloads with zero marketing, $5m in VC cash, and the future of games for girls

'We’ve only scratched the surface' 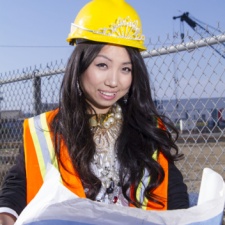 Things are certainly looking up for the LA-based studio Nix Hydra.

After announcing a $5 million Series A funding round - and subsequent hiring initiative - the outfit is focusing on creating games for its "predominantly female fan base".

We caught up with co-founder Lina Chen recently to find out what the future holds for Nix Hydra, female-focused games on the App Store, and its 9 million-strong Egg Baby  franchise.

Pocket Gamer: Nix Hydra just announced the conclusion of a $5 million Series A funding round. That's a lot of money. Did reaching that amount surprise you?

Lina Chan: Raising our very first round of funding back in 2012 was very difficult because all we had to show was a prototype. Back then, it was a huge struggle to get even a few hundred thousand dollars.

This round, however, was different. This time, we had the traction, the data and the super enthusiastic and connected angel investors to back us up.

Egg Baby  experienced 9 million downloads with zero marketing spend. Not only is that something we are very happy about, but it's also a major indicator that there's a much larger business opportunity to grow the franchise here and into international markets. Our investors see that, and that's why they're confident in making a $5 million investment with us.

Teen girls are a demographic that many in the mobile space are struggling to target effectively. Why do you think they're struggling?

The teen girl demographic is a naturally viral one. They are interested in self-expression and communication.

In our experience, many developers who try to make things for a female demographic have relied too much on assumptions, stereotypes, and focus groups instead of a true appreciation for the games.

What's the biggest mistake that many developers make in pitching a game as "for girls"?

It is offensive to assume all girls like the same type of games. We struggle with this in our messaging every day.

Girls have as much a range of interest in what they want to play as guys do, they just don't have the developer representation in the gaming industry.

As a result, the games that are considered stereotypically "girly" are usually made begrudgingly by people who would never enjoy them in the first place.

With the $5 million funding completed and a hiring initiative announced, what does Nix Hydra have in store for mobile gaming projects in the year(s) ahead?

We are excited to grow Egg Baby  into its full potential - we've only scratched the surface!

We are also starting another game this year and a third one in 2015, both of which are our dream games so we are thrilled to have the resources to hire talented people to create them.

What benefit do you see in developing games specifically for female gamers? Wouldn’t creating gender-neutral games lead to a broader install base?

First off, we love our Egg Baby  players - they are adorable, sweet and enthusiastic - unlike a lot of other types of players you might find in games with different target demographics.

Secondly, we are young women ourselves, which is a huge competitive advantage in the games industry since it comes with rare perspective. Realistically, Nix Hydra has a much better chance of becoming a studio known for creating "best in class" female games than "best in class" gender-neutral games.

Finally, we want to make the games we want to play ourselves but can’t find in the market. And in any case, there’s nothing about our games that require being female to play. They can be enjoyed by anyone with an open mind.

The short answer is that if it’s fun for us at Nix Hydra, where the majority of our employees are young women, then chances are it should be fun for other young women.

The longer answer could be an entire essay. We are interested in some new approaches to games that haven't been done well in the past (or haven't been done at all), that we feel would resonate with young women.

That's not to say that men wouldn't like them as well, though.

Egg Baby, Nix Hydra's premiere title, shot up to nine million downloads with zero marketing spend. How did you achieve that success?

When we decided to make Egg Baby,  there were hundreds, if not thousands of other pet games available, but we couldn't find anything we liked. So we decided to make the game our way and from our perspective, and were hopeful that people like us would like it better than the other offerings out there, too.

Also, the teen girl demographic is a naturally viral one. They are interested in self-expression and communication, and if they like something, they get their friends curious about it too.

Egg Baby  also has a huge range of choice in egg customization, and every interaction a player has with an egg makes a difference in the egg's personality - a freedom of choice and expression rare in other games.

All of our downloads came from word of mouth; whether that was in person - we know about this because they tell us in emails and reviews that they've gotten their best friends or their entire school hooked - or over social media.