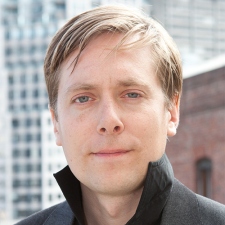 It would be easy to blame the Twitter generation, but the conflation of companies with their CEOs (and products with their creators) seems to be a fundamental human construct.

Most recently seen in gaming with the $2.5 billion acquisition of Minecraft by Microsoft, and the subsequent departure of its creator Notch, the immediate reaction of many is that any change of personnel will - indeed must - result in significant change for a company or product.

In the Mojang scenario, the discussion now revolves around how Microsoft is secretly planning Windows-exclusive Minecraft content.

In the case of Unity co-founder and CEO David Helgason stepping down to the role of executive vice president, with industry veteran John Riccitiello taking the position of CEO, the speculation is two-fold.

Given his role as the public face of Unity over 12 years of growth - during which time it's become the market leader for game development tools - Helgason himself embodies the Scandinavian-themed indie success story; something he combines with his own highly approachable persona.

We clicked right away. He's thoughtful and experienced in building companies.

Hence, his decision to step into an EVP role, despite this being a full-time one that he says will see him "doing what I love the most about working at Unity: strategy, and connecting with developers", is viewed negatively.

In contrast, Riccitiello is seen through the prism of being the person who replaced longterm EA CEO Larry Probst and across two stints attempted to guide the NASDAQ-floated company through troubled financials times, a period that also saw EA being voted 'The Worst Company in America' for two consecutive years.

"There are some people who view John by his time at EA, maybe because he shut down a studio they liked or because the EA game they bought crashed. Something like that," Helgason ponders.

"But he was bought in to turn EA around. In that situation, you have to make hard, difficult decisions. That's not the case with Unity."

Given all-encompassing nature of the internet, it's perhaps a surprise that more isn't being made of Riccitiello's pre-EA career as the CEO of consumer companies such as Wilson Sporting Goods and Sara Lee Bakery, not to mention stints at Pepsi-Cola and Haagen-Dazs.

However, as Helgason reveals, his decision to step down and be replaced as CEO by Riccitiello is a recent one.

"We made the decision and announced it straightaway," he says. "We didn't sit on it."

The other - more conspiratorial - take on the Riccitiello appointment is that he's a stalking horse for Unity's eventual IPO on a US stock exchange.

"John didn't IPO EA," he points out, adding Riccitiello has founded and worked with private technology and investment companies. Indeed, he was an early investor and advisor with Oculus, although given its $2 billion Facebook acquisition that might fuel more rumours.

He's not a one-trick pony. He's not joining to flip and sell Unity.

"He's not a one-trick pony. He's not joining to flip and sell Unity," Helgason argues, with a certain weariness that results from what he calls the "echo chamber" of recent speculation about Unity's strategic direction.

There have been stories that it's up for sale, that the Chinese are investing, that it's planning to IPO. And it's in this context that the process of reverse-calculating a situation to fit your particular viewpoint has been rife.

As for Helgason, he explains Riccitiello has been on the Unity board for almost two years now.

"We clicked right away. He's thoughtful, is experienced in building companies, and has helped me to see things more clearly, particularly in terms of how we move from supporting developers to create games to how we can help them find an audience for the games they've made."

And it's in this context that Helgason says Riccitiello's EA experience has and will help Unity in the future.

"Even as a board member, he was often with us in the office one or two days a week. He wasn't just turning up once a quarter," he adds.

During this period, Unity has been in expansive mode, acquiring Applifier for its Everyplay video sharing platform and ad network (now called UnityAds), and Playnomics for its analytics.

"John's helped the executive team come together. In terms of the Applifier deal, he put the context for the social experience in place," says Helgason.

Which isn't to say Riccitiello has been brought onboard to give Unity a more aggressive, Silicon Valley-esque attitude.

"We've always been very ambitious," Helgason says. "We put on our first developer conference in San Francisco when we only had eight staff and two interns."

Twelve years on, the now San Francisco-headquartered company has a headcount of almost 500 and over 3 million registered developers using its technology.

And it's perhaps the demands of that scale that underline why Helgason has decided to focus more on doing what he likes doing - talking to developers and looking at Unity's wider role in the industry - rather than being "CEO".

"As CEO, my role has been to help gather ideas and empower people," he says.

"Unity is a very collaborative company. I've been led as much as I've have to lead. You have to do both."

And it's this balance where the transition will be most keenly felt.

As one of three co-founders and someone who has, in his own words, "been responsible for Unity 24/7 for 12 years", Helgason's personality has been at the heart of Unity's operations.

He may not be in a turnaround situation or being asked to flip-and-sell, but not for the first time in his career, John Riccitiello is stepping into some pretty big shoes.