2014 in Review: Jon Jordan, PocketGamer.biz - Beware the battle between Tencent and Alibaba in 2015 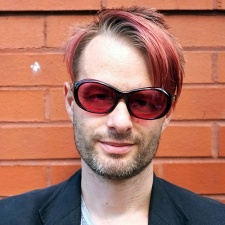 Jon Jordan is a co-founder of Steel Media and editor-at-large of PocketGamer.biz

Pocker Gamer: What was the most significant news in 2014?

Jon Jordan: In a weird way, I think the most significant news in 2014 was how little of significance actually happened.

Sure, a lot of things happened, but I'd say that the vast majority of them were events that you could have predicted in terms of the basic mechanics of the story, if not the details such as company names and price

The conflict between Tencent and Alibaba will certainly be the most fascinating spectacle in 2015.

I'd even argue (and in fact did) that Flappy Bird's success was merely an inherence of the system; not, of course predicting that Flappy Bird would be a phenomenon but that frictionless access to billions of people now means that Flappy Bird-class events are now inevitable.

In this somewhat cynical context, then, I'd suggest that the most significant events in 2014 were non-events.

Pretty much all of the original IP F2P games from well-funded developers flopped, and so with one exception, the top grossing games generally remained the same as 2013 and their publishers are now generating so much money that they've broken the user acquisition process for everyone else hence the rise of extreme UA campaigns on cable TV and the rise of inherently viral games such as game based around celebrity brands Kim Kardashian: Hollywood and movies.

The only other news of significance - but significance for 2015 - was the IPO of Alibaba, which means that the two companies with the largest warchests in mobile gaming - and the aggressive strategies to spend them - are both Chinese. The conflict between Tencent and Alibaba will certainly be the most fascinating spectacle in 2015.

In terms of PocketGamer.biz, our focus didn't change too much in 2014 as we'd kickstarted our coverage of the Asian mobile games market in 2013. The rise of our Asian coverage was, however, something that was highlighted by the site's redesign, which included a dedicated Asian section.

We've also seen a change of staff during the year, which always throws up its own set of challenges and opportunities, but something I think will enable the site to concentrate more on games and people and companies behind them in 2015.

As for Steel Media, 2014 was a huge year for us with the successful launch of our Pocket Gamer Connects conferences in London and Helsinki. We're looking to double down on this success in 2015 with events in London, Bangalore (India), San Francisco and Helsinki.

Tickets for the London event on 13-14 January are still available!

Putting on my Promiscuous Gamer's hat, there have been a lot of games I'd enjoyed for a while for professional reasons, but very few I've found enjoyable to play on a daily basis for months on end.

As a strong advocate of the free-to-play games model, what I call the "mid-level grind" (which generally kicks in around 2 months, forcing you to pay or grind the gameplay interminably) remains a challenge for many designers.

Indeed, on this level, I'd even call out Supercell's designers (clearly the most commercial in the business) for Boom Beach; a game that would get my vote for the dullest game of 2015.

Games I'm now playing but not yet experienced enough to give an overall opinion include World of Warriors from Mind Candy, and Marvel Conquest of Champions from Kabam.

So, controversially, my favourite and most played game of the year is EA/Mythic's Dungeon Keeper. I just really love dugging out and rearranging the defensive positions of my dungeon. And yes, I've spent money too.

The launch of the Apple Watch will clearly be a key moment for wearables,: a technology I'm personally very interested in but don't think will be core for gaming, although I will happily be proved wrong.

We'll also get a better handle on what the likes of Samsung, Facebook, Sony, Google and Microsoft are going to do with VR; a technology which has the potential to be the next consumer electronics revolution or follow 3D TVs into the conceptual New Mexico landfill of techno flops.

However, the biggest business trend will be China. As already stated, some very, very well funded Chinese companies will be conducting brutal business warfare in their domestic market and across the globe. Fundamentally, this isn't about mobile games but mobile games will be a key battleground for Tencent and Alibaba in 2015.

Meanwhile, a tier down, there are other significant Chinese publishers who will be aggressively expanding internationally, in part because the Chinese mobile games market is going to experience a hard landing as it matures (albeit still with annual year-on-year growth of 50 percent in terms of revenue).

This will mean a lot of difficult M&A activity to pop the bubble of over-investment that's occurred in that market during 2014.

In the medium term, this will be good for the best Chinese developers, however, because at the moment, the Chinese market doesn't place a high value on the quality of developers and their games. Instead it rewards distribution strength and business connections.

Happily, a recent TED video convinced me that running a marathon is a very bad thing to do, so I can cross that resolution out. Nevertheless, I've just replaced my trainers, which clocked 700km in 3 years, so I'm looking forward to taking the new pair to 500km in 2015, as well as getting the new Fitbit sensor which comes with heartrate monitoring. You can never have too much data.

In 2015, let's resolve to succeed more by failing more.

As for an industry resolution, I think we need to be much more experimental.

On a personal level, I find I can be very quick to fall into certain ways of doing things, which may not be the best ways. Trying out new things and new ways of fulfilling professional (and personal) tasks is a great way to test whether we are doing things in the best way possible. After all, there's data to track almost everything these days, so it's easy to find out if we are doing the right thing.

So in 2015, let's resolve to succeed more by failing more. Just not the same mistakes over and over again.

Century Game: A new opportunity for casual gaming in China and in the West