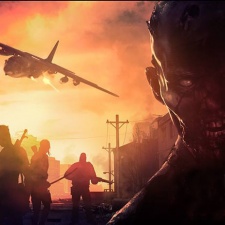 A standout success back in the halcyon paid game days of the 2011-era App Store, Zombie Gunship is being redesigned for a 2016 launch.

As announced as part of the publishing deal between well-funded German outfit Flaregames and Zombie Gunship studio Limbic, Zombie Gunship, Inc. is currently in development.

A good opportunity then to chat to Limbic CEO Arash Keshmirian about the new approach, and why he hopes the brand will still resonant five years on.

PocketGamer.biz: You've been very quiet for a few years. What have you been up to?

Arash Keshmirian: We released TowerMadness 2 in January of 2014, and the updates and tuning for that game carried us through a large part of that year.

We also developed two other games to grow the Zombie Gunship franchise: Zombie Gunship Reality, which was an augmented-reality version of the game on a brand new graphics engine that we designed for Google's Project Tango technology.

In addition, we developed Zombie Gunship Arcade, which was a retro throwback side-scrolling version of the game.

All along, we've been developing our proprietary game engine technology, and our latest-and-greatest is going into Zombie Gunship, Inc. We're really excited to show it off.

How much of a challenge is adding free-to-play mechanics to what was originally a paid game?

To be clear, this is not at all a free-to-play port of the original game.

We're re-building the game from-the-ground-up while expanding what was great about the original, chiefly: blowing zombies up is lots of fun, and we love awesome explosions.

We expect Zombie Gunship, Inc. to be a benchmark game visually.

Growing the new game around that premise and finding new fun while complementing the original mechanic is being very carefully done; we use gameplay prototypes at every stage to test and validate our designs as we go; a technique that we've mastered over the studio's six-year life.

What can you say about the additions you're making to the experience?

Because so much of the design is still being tweaked and adjusted at this stage, I don't want to say too much. As parts of the game become more finalized, we will be releasing previews to our fans on Facebook.

What I can say, though, is that the capabilities of mobile device hardware have grown substantially since we released the original game, and we expect Zombie Gunship, Inc. to be a benchmark game visually.

The addition of Eric Froemling from Pixar and BombSquad to our team brings a wealth of visual effects expertise, and Erling Saevarsson and Jeff Miller of CCP games are both top-notch artists in 2D and 3D respectively.

We are bringing together top talent and top technology.

There have been a few major changes in the market since the release of Zombie Gunship in 2011.

For us, we've taken all of these elements into our strategy for Zombie Gunship, Inc., and are building on top of a universe which remains extremely popular for our fans.

Are you worried about a backlash as you move from paid to F2P?

In general, games that have seen the largest amount of backlash are those that are not properly balanced (sometimes by mistake, sometimes by design), and pressure in-game purchases onto players to correct these shortcomings.

Simply put, we see free-to-play as an opportunity to reach a wider audience for our games.

While we certainly also want to build a game that monetizes well, we believe that in order to achieve this long-term, our game design process must not be aggressive on monetization itself, but rather, aggressive on finding fun and engagement with players.

Have any games influenced your approach to Zombie Gunship, Inc.?

Our influences come from tons of places, and often not from games.

From a stylistic perspective, many on our team are big fans of Fallout's post-apocalyptic world, as well as the Mad Max series of films.

Our zombies are inspired by 28 Days Later, Left 4 Dead, The Walking Dead, and many others.

We really like the gritty realism of Arma III, and of course the AC-130 scenes in Call of Duty.

You can read Flaregames' perspective on the deal here.