Nordeus on the importance of optimising for low-end devices 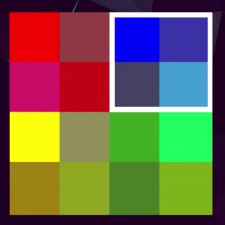 When Nordeus' Tomislav Rakic and Srdja Stetic-Kozic took the stage at Unite Europe 2015, their talk was on mobile optimisation techniques.

Given the dev-centric nature of the conference, it was rather technical.

However, it touched upon some interesting points for the lay journalist, including the importance of optimising for low-end devices and some issues faced during the development of its latest - a 3D game - and a significant departure for the Top Eleven developer.

We caught up with the pair of engineers after their talk - which was evidently popular, given the number of attendees crowding them and asking questions - and to quiz them about why optimisation is such an important process.

A core Nordeus values is in making its games available to as many players as possible, so our starting question was when do you know when not to support a device

“We check what percentage of the phone which has a problem exists, and then we check how important those users are to us... if it's a small percentage, but the users with the phone are important, then we don't write it off.”

What does it mean for the users to be important?

"If they're engaged, if they are payers - we make spreadsheets to sort everything out, and if the device is not really that important to us then we [let it go],” he says.

I address what may seem like a logical assumption, but one that's often untrue - that those with high-end devices monetise better. Any truth to that here?

Top Eleven is huge in Indonesia and Turkey. We have a lot of users there.

“No, because [fewer] users have high-end devices and there are more users with low-end devices... especially in emerging markets that we're usually targeting,” replies Stetic-Kozic

“Top Eleven is huge in Indonesia and Turkey. We have a lot of users there,” continues Rakić.

So, seeing as Nordeus is a company that prioritises broad compatibility, is there a dedicated team within the studio committed purely to optimisation?

“No, we are not a dedicated team. It's more of a freestyle company - we were working on another product and the problem arose, so we got together to solve the problem,” says Rakić.

“Pretty much four of us got into an empty office and worked for a week or so to iron everything out and make it work,” elaborates Stetic-Kozic.

That “freestyle” approach to development is one that extends throughout the company's offices - which are based in Belgrade, Skopje, Dublin, London, and San Francisco.

The London office in particular is known to be working on something quite different, so I enquire about what it's up to.

“[The London office] are working independently on their own game, and... that's it,” says Rakić, staying tight-lipped.

“We actually have several games in development, and they're actually very different to one another,” says Stetic-Kozic.

“The teams decide what they want to work on, their ambition, and they're given everything they need to finish a project.... It's never actually happened for anybody to tell a team that they cannot work on something,” he goes on.

Back on the topic of optimisation, the area in which Rakić and Stetic-Kozic specialise, and I'm curious to know exactly how important a role they play.

At least 25 percent of Top Eleven users are on low-end devices, Rakić tells me.

At least 25 percent of Top Eleven users are on low-end devices.

“On the keynote they presented the list of most-used devices. The fifth one on the list is so bad that, when I was testing on it, it kept restarting because it ran out of RAM,” Stetic-Kozic laughs.

“And 3 percent of users use that exact phone,” he goes on. That's a significant chunk to lose, and a figure that contextualises the importance of their efforts.

“And those users are very important to us, because you need to have high availability, you want to have good organic growth - if people cannot play your game, then you're not going to get more people playing your game,” explains Rakić.

Do they see it as a wasted opportunity when other developers target absolute high-end, locking off the often lucrative low-end device users?

“No, not really. The teams decide what devices they'll be targeting, and if they have to target high-end devices to achieve the gameplay that they want then they can do that,” says Stetic-Kozic.

Rakić expands on this point: “I think you should always find the balance between what you target, how fast you're going to get there, and whether you're going to sell your game based on graphics or something else.”

A common misconception is to target the absolute highest-end first, and then scale down. That never works properly.

“A common misconception people have when they develop games is that they should target the absolute highest end first, and then they try to scale down,” Stetic-Kozic goes on. “And that never works properly.”

Speaking of which, the bulk of the pair's Unite talk was spent discussing the optimisation problems encountered during the development of a new 3D mobile game - the details of which are yet to be revealed.

Surely that game can't run on, say, the phone that shuts itself down due to a lack of RAM?

“With that project, we thought that we needed good availability from the start. So we were trying to learn how to optimise and support the widest available range of devices, and I think we support a very good range now.”

“It's changing fast, and the new phones are exponentially better than the old phones... OpenGL ES 3.0 devices have one third of the market,” comments Rakić.

“But still you have two thirds of the market on the older version,” Stetic-Kozic goes on.

“From what we saw from statistics it will take at least 3 or 4 years for them to die out, and you simply can't wait that long.”